JEFF BUCKLEY’S ‘YOU AND I’ OUT TODAY 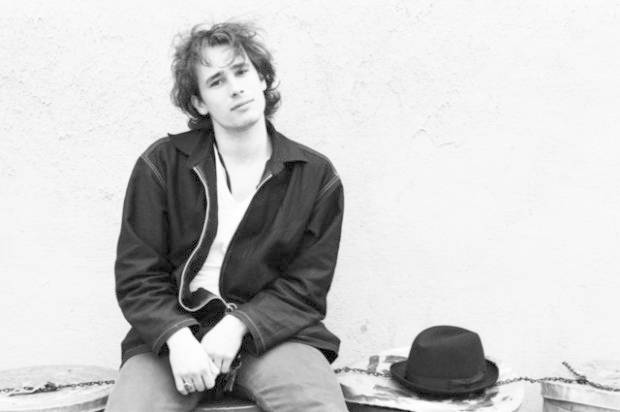 JEFF BUCKLEY’S ARTISTRY & 10-TRACK ALBUM YOU AND I

ALBUM OF PREVIOUSLY UNRELEASED RECORDINGS SET FOR RELEASE ON COLUMBIA/LEGACY

RECORDINGS OUT TODAY FRIDAY MARCH 11th, 2016 YOU AND I DOCUMENTARY AIRS THIS

SATURDAY AT 3:00pm AEST ON SBS

Columbia / Legacy Recordings / Sony Music Entertainment Australia today will release YOU AND I, the very first studio recordings made by Jeff Buckley for Columbia Records.

These 10 tracks (most of them cut in Steve Addabbo’s Shelter Island Sound studio in February 1993) have gone virtually unheard for more than two decades. Recently discovered in the Sony Music archives during the research for the 20th anniversary edition of Buckley’s GRACE album, the performances on YOU AND I are a revelation, an intimate portrait of the artist performing a variety of cover songs and original music expressing a range of emotion channeled through his singular sensibility.

These “Addabbo Sessions” which lasted for a mere 3 days in a 7th floor recording studio in New York City back in 1993. It was a very simple recording session where the producer (Steve Addabo) and A&R manager (Steve Berkowitz) kept out of his way and recorded him live. Jeff himself decided what songs were recorded across these sessions, with him trying to find his own way within the studio environment. Long rumored to exist, these sessions are a fan’s “Holy Grail” and represent a pivotal time in Jeff’s career that helped develop his artistry, and looking back now, these represent a more magical time than what may have been thought of in the day.

Steve Berkowitz, the A&R Executive who originally signed Jeff to Columbia Records, visited Australia last month and explains; “Jeff loved being in Australia, playing in Australia and cherished the times he had there with his band, friends and fans.”

The songs on YOU AND I reveal, in part, the eclectic scope of Jeff Buckley’s extraordinary musical tastes and talent. The covers on the album include Jeff’s highly personal interpretations of songs written by Bob Dylan (‘Just Like a Woman’); Sylvester Stewart (‘Everyday People’ recorded by Sly & the Family Stone); Joe Green (‘Don’t Let the Sun Catch You Cryin’, recorded by Louis Jordan, Ray Charles and others); Bob Telson (‘Calling You’, recorded by Jevetta Steele for the 1987 film Bagdad Café); Morrissey and Johnny Marr (‘The Boy with the Thorn in His Side’ and ‘I Know It’s Over’, recorded by The Smiths); Booker T. Washington “Bukka” White (‘Poor Boy Long Way from Home’, from a 1939 “field” recording made by John Lomax) and John Paul Jones/Jimmy Page/Robert Plant (‘Night Flight’, recorded by Led Zeppelin).

SBS Television will be airing the ‘You And I’ 30 minute documentary this Saturday March 12th at 3:00pm AEST, which will also be available to view for 30 days on catch up.