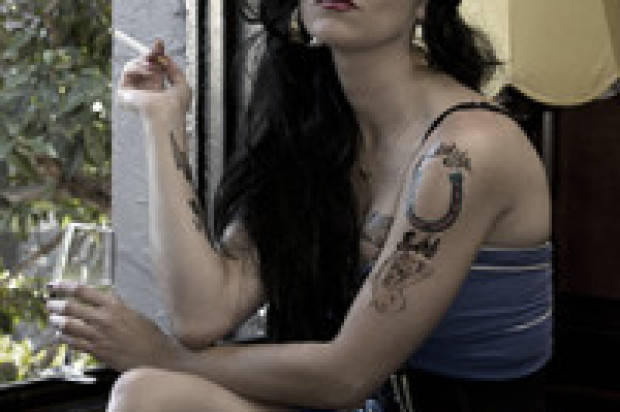 JERSEY BOYS STAR BRINGS AMY HOUSEWINE TO BRISBANE
“Draw a line in the sand and she won’t just jump over it, she’ll snort it up her nose… you’ll want to order
Housewine by the dozen.” Patrick McDonald, THE ADVERTISER Brisbane Powerhouse presents
Amy Housewine: Back to Crack
Fresh from a stint in Baz Luhrmann’s The Great Gatsby, Lisa Adam (Jersey Boys, Rocky Horror) brings critically acclaimed cabaret Amy Housewine: Back to Crack to Brisbane Powerhouse from Thursday 5– Saturday 7 December.
Selling out its premiere at Adelaide Cabaret Festival, Amy Housewine: Back to Crack went on to perform to rave reviews at Brisbane and Sydney Cabaret Festivals and Sydney Mardi Gras.
Lisa Adam, who created Back to Crack with Trevor Ashley and Phil Scott (Fat Swan, Little Orphan Trashley), says the show “celebrates the comedy and tragedy of Amy Winehouse’s rock-and-roll life”.
“I created the show in 2008 to celebrate Amy’s music and her notoriety; the first show was very much a playful parody.
“When Amy Winehouse passed away in 2011 I was so shocked and withdrew the show from the festival circuit.
“But colleagues of mine said the show was too good to give up, so I got together with Phil and Trevor to create a version that further developed Amy Housewine as a stand-alone character. Amy Housewine is now your average infamous rock star who even believes Amy Winehouse copied her.”
Back to Crack is performed with a live band and multiple bottles of alcohol and features Amy Housewine songs such as “I love to Have a Beer with Amy” and Amy Winehouse favourites “Back to Black” and “Rehab”.
Lisa Adam has received Helpmann and Greenroom Award nominations for her work in Jersey Boys and is a regular performer on the musical theatre scene.
Amy Housewine: Back to Crack coincides with Tom Sharah: It’s Raining Me as part of a cabaret season at Brisbane Powerhouse. Audiences can purchase a special cabaret package to attend both shows in the same evening.