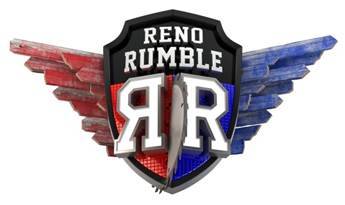 The final couple left standing for the Redbacks team won the back-breaking television renovating series by just half a point from Adelaide’s Carly and Leighton, in a battle royal which saw the contestants renovate 12 houses in just six weeks.

It all came down to the final room reveals of two 100-year-old houses in Seddon, which saw Ayden and Jess’s bathroom receive a perfect score while the positioning of a light switch in their bathroom cost Carly and Leighton crucial points from the judges.

This caps off an amazing year for Jess and Ayden, following their time on The Block Triple Threat where they pocketed the life-changing sum of $665,000 when their apartment went under the hammer in April.

“I can’t believe how much our life has changed in such a short space of time,” Jess and Ayden said following their win.

“We were like any other average Aussie couple struggling to save for a mortgage to buy a home. We had debts and we couldn’t get ahead, let alone think about building a house for our family, but this has changed our lives.

“We did Reno Rumble because we wanted to give back something following our incredible result on The Block. To be able to present a cheque for $50,000 to our charity, Two Little Boys to Avene, and renovate homes for some deserving homeowners is an amazing feeling.”

Two Little Boys to Avene supports twin six-year-old boys Matthew and Harry Funk who suffer from acute eczema, psoriasis and multiple food allergies so severe they can’t live like normal children. The charity is close to Jess and Ayden’s heart, as their little girl, Josie, went to kindy with the brothers.

On top of the weekly medical bills and pharmaceutical costs, the boys have recently begun specialised treatment at a dermatology centre in Avene, France. It costs approximately $30,000 for one round of treatment there, including air fares and accommodation.

“At least for the next year, it will help ease the financial burden on single mum Melanie who has had to give up her job to care for her boys,” Jess said. “Sadly, Matthew and Harry will have ongoing health issues, so we hope to continue to raise awareness of their plight.”

Runners-up Carly and Leighton don’t walk away empty-handed, winning $50,000 with $25,000 going to their charity, Kids Under Cover. The Blue Tongues managed to secure an extra $10,000 for their charity during a challenge in the final week, so they will be handing over a whopping $35,000 to go towards youth homelessness by identifying kids at risk and building them portable studio homes to live in.

“It’s been the main driver for us, to win as much money as we can for Kids Under Cover and help out other people who could only dream of renovating their home,” Carly and Leighton said.

Throughout Reno Rumble, Australia’s top 16 reality renovators endured six weeks of gruelling renovations, sleep deprivation and weekly eliminations – all in their quest to transform 12 ordinary houses into beautiful, functional homes for deserving Aussies and give something back to their charities.