JESSIE REYEZ ‘BEING HUMAN IN PUBLIC’ NEW EP OUT NOW 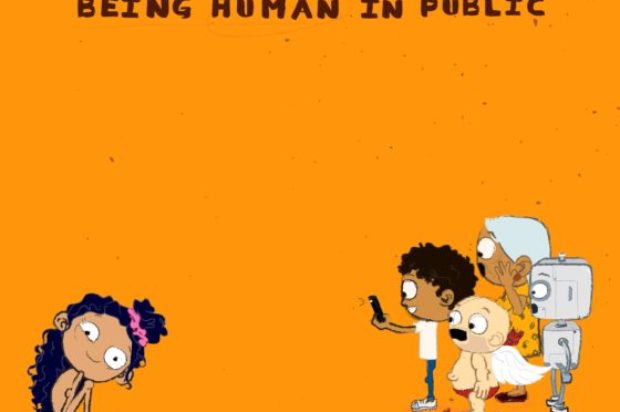 “Jessie Reyez is one of Canada’s fastest rising stars, and it only takes a few moments to understand why.”- COMPLEX
“No one else sounds like Jessie Reyez.” – TIME
“…The Realest Singer in The Game” – NYLON “The unapologetic Toronto native brings raw honesty not only to her personal life, but also to her lauded music.”- VIBE
“Her voice is honest and emotional, forcing you to stand still and hear every word she has to sing.” – BUZZFEED
“Jessie Reyez is a star.” – PIGEONS & PLANES
“Her songs have been compared to Amy Winehouse’s for their gut-wrenching rawness…” – W MAGAZINE
“her voice could rip through her frame with its integrity and candor.” – SPIN

Toronto based singer and songwriter Jessie Reyez has released her sophomore EP via FMLY / Island. The EP showcases some of her most personal and intimate moments throughout her life and is a collection of singles that Reyez has shared such as “Apple Juice”, “Sola”, “Body Count Remix” feat. Kehlani and Normani, “Fuck Being Friends”, “Dear Yessie”, “Imported” featuring JRM, and the final song from the EP “Saint Nobody” out now.

In the past year alone, Reyez has made quite a name for herself with releasing a string of critically acclaimed songs, a support run on Halsey’s US tour, performances at a plethora of music festivals, and collaborations with many notable artists from Eminem to Daniel Caesar. Reyez continues to be recognized by both critics and peers alike while remaining to be a stand out amongst them.

Jessie is currently on her headline North American tour. The excitement that ignited her fast-selling tour is no surprise after she won Canada’s most prestigious Juno music award for 2018’s Breakthrough Artist earlier this year and performed “Apple Juice” at the 2018 MTV Video Music Awards, where she was also nominated for two awards including the Push Artist of the Year and Video With A Message for her standout and empowering music video “Gatekeeper”, from 2017’s debut EP Kiddo. Reyez was also recently nominated for the upcoming 2018 MTV Europe Awards for Best New Artist and Best Push Artist. Reyez has kept fans on their toes by releasing one hot track after another, building high anticipation for listeners who will not be disappointed when experiencing the remaining tracks of Being Human in Public.
Reyez has been busy with appearances at major music festivals including Outside Lands, Lollapalooza, AFROPUNK and Made In America, Bonnaroo, and two notable features on iconic hip hop artist Eminem’s suprise album Kamikaze. The singer and songwriter has collaborated with other artists including Daniel Caesar (“Figures, A Reprise”), Sam Smith (“Promises”) and Calvin Harris (“Hard to Love”) who she co-wrote Dua Lipa’s summer hit “One Kiss” with. Reyez has proven to be a force to be reckoned with, garnering the talent, work ethic, and no-holds barred mantra that is admired by fans and artists worldwide.

With over 279 million streams worldwide for her own music and the release of her sophomore EP, Jessie Reyez is poised to become a household name. Don’t miss out on her new music.