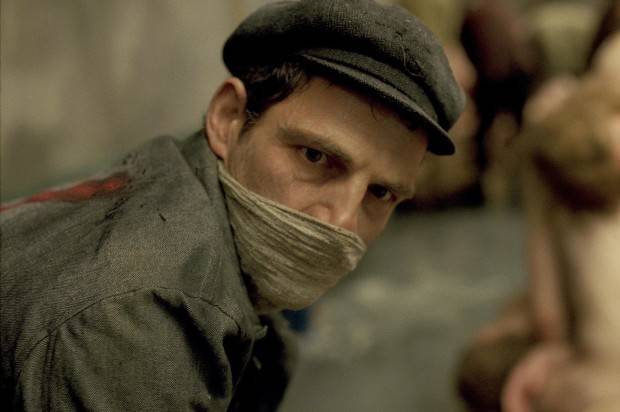 Son of Saul the critically lauded and multi-award winning Hungarian drama, from writer/director László Nemes, will launch the inaugural Brisbane edition of the 2015 Jewish International Film Festival, which commences at New Farm Cinemas from this coming Saturday (21 November).

Screening courtesy of Sony Pictures, this deeply poignant tale, which won the Grand Prix at the 2015 Cannes Film Festival and is widely tipped to be a major 2016 Oscar contender, follows a father’s quest for moral redemption as he tries to salvage the body of a boy whom he believes to be his son, amidst the horrors of 1944 Auschwitz.

And closing the Festival, which will showcase a selection of highlights from the 2015 season, will be the thrilling Sabena Hijacking – My Version, which was nominated for Best Documentary at the 2015 Ophir Awards (Israeli Oscars). Featuring interviews with over 20 participants and a moment-by-moment reenactment, this compelling docu-drama revisits the 1972 hijacking of Belgian’s Sabena Flight 571 by four armed members of the Palestinian Black September terrorist organization and the subsequent storming of the jet by Israel’s Special Forces Unit.

Additional highlights to screen in Brisbane include:

A TALE OF LOVE AND DARKNESS | Israel / 2015 / 95 min / Director: Natalie Portman
Premiering in official selection at Cannes 2015, this is Natalie Portman’s much-anticipated directorial debut, in which she also stars as Fania, a Holocaust survivor (and mother of Amos Oz, one of Israel’s best-known writers) who struggles with the horrors of the past, whilst facing the challenges of the present. Based on Oz’s best-selling memoir.

CENSORED VOICES | Germany / 2015 / 84 min / Director: Mor Loushy
One week after the 1967 Six-Day War, a group of young kibbutzniks, led by renowned author Amos Oz and Editor Avraham Shapira, recorded intimate conversations with soldiers returning from the battlefield. The Israeli army censored the recordings, allowing only a fragment of the conversations to be published. Censored Voices reveals these original recordings for the first time. Winner of Best Documentary at the 2015 Ophir Awards (Israeli Oscars)

EXPERIMENTER | USA / 2015 / 90 min / Director: Michael Almereyda
In 1961, Yale University psychology professor Stanley Milgram was determined to discover how and why people could be pushed to extremes. The son of Holocaust survivors, he was driven to create the ‘obedience experiments’ which demonstrated to what lengths ordinary people might go, if commanded to by an authority figure. Branded a monster by the press, Milgram fought to prove to the world that ‘evil’ may not be what we thought.

FELIX AND MEIRA | Canada / 2014 / 105 min / Director: Maxime Giroux
Meira is a Hasidic wife and mother consumed by the strict rules of her society. Felix is an eccentric French- Canadian man mourning his wealthy father. When the two meet in a bakery, an unexpected friendship is born. It soon blossoms into something more as they open one another’s eyes to the possibilities that lie beyond their worlds. Trapped by tradition, Meira must decide whether to remain in the only life she’s ever known, or give it all up to be with Felix. Canada’s official entry for the Best Foreign Language Film at the 2016 Oscars.

THE KIND WORDS | Israel, Canada / 2015 / 90 min / Director: Shemi Zarhin
When three siblings gather to mourn the death of their mother, they learn something very unexpected about the real identity of their father. Determined to discover the truth, these unlikely travelling companions embark on journey from Israel to Paris to find out more about themselves than they ever knew. Nominated for the highest number of 2015 Ophir Awards (Israeli Oscars).

TO LIFE | Germany / 2015 / 104 min / Director: Uwe Janson
When ageing Jewish cabaret singer Ruth meets the young, terminally ill Jonas, an unlikely friendship is born. As Ruth imparts the story of her impossible, tragic life as a singer in World War Two Germany to Jonas, the two grow closer, finding in one another the will to live. Fresh from its premiere at the Montreal World Film Festival, To Life! is an uplifting, powerful film about remembering the past and living in the present. It stars legendary German actress and multiple award-Winner Hannelore Elsner, alongside newcomer Max Riemelt.

JIFF will screen in Brisbane at New Farm Cinemas as follows: