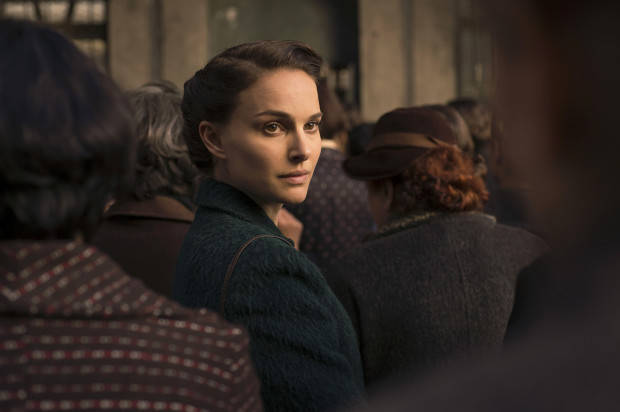 JIFF is delighted to start the upcoming Jewish New Year (Rosh Hashanah) in style by announcing that for the first time it will screen a select number of highlights from its 2015 season in Brisbane from Saturday 21 November at New Farm Cinemas.

Cementing its reputation for delivering stimulating and diverse cinema that engages audiences from within and beyond the Jewish community, Festival Director, Eddie Tamir, has selected a mesmerising line-up, with every film and documentary an Australian premiere. Both a celebration and exploration of this gloriously, eclectic culture, the award-winning Brisbane programme will showcase six diverse, yet equally engrossing feature films and three fascinating documentaries.

Brisbane’s line-up for the Jewish International Film Festival will include Son of Saul (screening courtesy of Sony Pictures), the acclaimed Hungarian drama, which is hotly tipped as a major 2016 Oscar contender. Winner of the Grand Prix at the 2015 Cannes Film Festival, this remarkable piece of cinema follows a father’s quest for moral redemption amidst the horrors of Auschwitz.

Also at the Festival will be Natalie Portman’s striking directorial debut, A Tale of Love and Darkness, based on the memoir of Israeli novelist and journalist, Amos Oz, whilst renowned Israeli director Shemi Zarhin’s unique tone of dramedy shines throughout The Kind Words, likely to be Israel’s 2016 Oscar entry and the most nominated film at this year’s Ophir Awards (Israeli Oscars). Zarhin’s latest movie follows three siblings who, upon the death of their mother, embark on a life-changing journey into the past.

Experimenter (screening courtesy of Rialto Pictures), starring Peter Sarsgaard and Winona Ryder, revisits the controversial 1960s experiments of social psychologist, Stanley Milgram. Germany’s ‘grande dame’ of cinema, Hannelore Elsner, takes centre stage in To Life! as an aging cabaret singer whose unlikely bond with a dispirited, young man gives both new meaning. And those seeking romance will savour the Canadian drama, Félix and Meira, which depicts an affair between two people who inhabit the same neighborhood yet reside within very different worlds.

JIFF 2015 is also proud to present Brisbane audiences with some of the finest documentaries from its 2015 line-up. The selection will include Censored Voices, nominated for the Grand Jury Prize in World Cinema Documentary at the 2015 Sundance Film Festival. Revealing provocative and, until now, suppressed interviews, recorded by famed journalist Amos Oz and editor Avrahim Shapira with Israeli soldiers fresh from the battlefield of 1967’s Six-Day war, Censored Voices combines these incredible insights with rare archival footage to create a hypnotic sense of immediacy.

Weaving a rich tapestry of history and personal testimonies, The Prime Ministers: Soldiers and Peacemakers brings some of the most important events of the 20th and 21st centuries to life, and features the voices of Sandra Bullock as Golda Meir, Michael Douglas as Yitzhak Rabin, Leonard Nimoy as Levi Eshkol and Christoph Waltz as Menachem Begin.

There’s also the utterly compelling docudrama, Sabena Hijacking: My Version. Combining interviews with over 20 key participants and a moment-by-moment reenactment, Sabena Hijacking: My Version revisits the 1972 hijacking of Belgian’s Sabena Flight 571 by four armed members of the Palestinian Black September terrorist organization and the subsequent storming of the jet by the Israeli special forces unit.

The 2015 Jewish International Film Festival will screen in Brisbane as follows: