JIFF HEADS TO THE GOLD COAST! 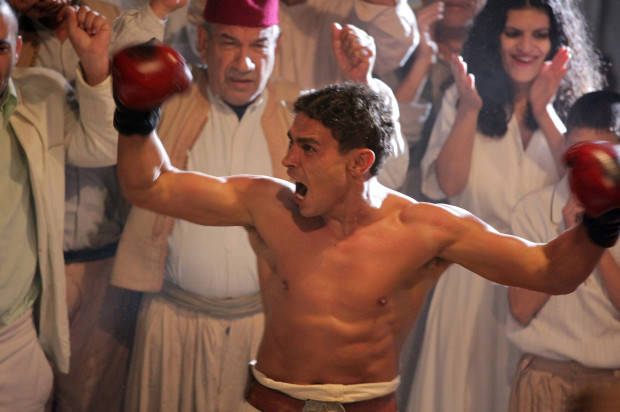 JIFF HEADS TO THE GOLD COAST!

Following the spectacular success of JIFF 2013, the annual Jewish International Film Festival will screen for the first time on the Gold Coast at Event Cinemas, Robina on the 15, 16 & 23 November.

The Gold Coast season will showcase a pivotal selection from the Festival’s full line-up, which features 49 award-winning films, documentaries and shorts – all of which lay bare the soul of this fascinating and continually evolving culture.

Striking a bold chord, the provocative, universally acclaimed drama Gett, The Trial of Viviane Amsalem, will launch JIFF’s Gold Coast season. Recently named Best Picture at both the 2014 Ophir Awards (Israeli Oscars) and Jerusalem Film Festival, this compelling French/German/Israeli co-production, which screened as part of Directors’ Fortnight at the 2014 Cannes Film Festival, affords a rare insight into the rabbinical court and its treatment of women as we follow the five-year quest of Viviane Amsalem to obtain a ‘gett’ (Jewish divorce) amidst a process where tragedy and absurdity abound.

Above and Beyond, a riveting documentary that encapsulates the indomitable Jewish spirit, will screen on Closing Night. In 1948 as rumours swirled re Israel’s emergence as an ‘officially’ recognized Jewish state, surrounding Arab armies began to circle. This led to the formation of the “Machal” – a group of WWII plots who volunteered to fight for Israel in the War of Independence. Ironically using discarded German uniforms and planes abandoned by the German army, which they repaired with scavenged parts, these fearless men changed history and lay the foundation for Israel’s modern-day air-force.

What lies between these two masterful offerings is a selection of outstanding features and documentaries that will enthrall, inform and captivate audiences from both within and beyond the Jewish community.

JIFF titles to screen as part of the special Gold Coast season include:

THE FAREWELL PARTY (Israel) Directors: Tal Granit and Sharon Maymon
Nominated in 14 categories at the 2014 Ophir Awards this off-beat comedy, which won the Venice Day’s People’s Choice Award at the 2014 Venice Film Festival, is a compassionate tale about life, death and friendship. Ezikiel and his friends at a Jerusalem retirement home build a euthanasia machine to help their terminally ill friend. When rumours of the machine begin to spread, more and more people ask for their help, and the group is faced with an emotional, ethical dilemma.

ZERO MOTIVATION (Israel) Director: Talia Lavie
One of Israel’s most successful and critically feted films of recent years, this is an army story with a difference! At a remote army base in southern Israel, amidst absurd bureaucracy, three female clerical staff engage in battles armed with staple guns and paper shredders. A poignant black comedy about the oft-overlooked female soldiers who undergo compulsory military service in offices all over Israel. 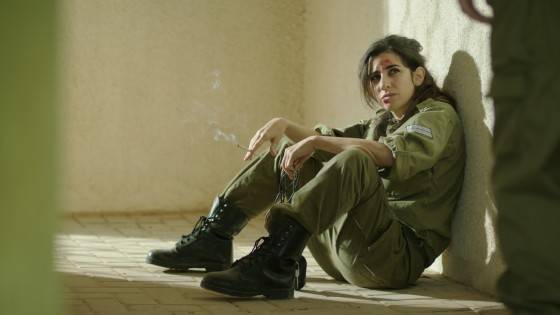 THE DECENT ONE (Austria/Germany/Israel) Director: Vanessa Lapa
Winner of Best Documentary at the 2014 Jerusalem Film Festival, The Decent One uses never-before-seen materials to access the deluded and unnerving life and mind of Heinrich Himmler, the merciless “architect of the Final Solution”. Drawing upon the contents of letters to and from his wife, daughter and mistress, (“In life one must always be decent, courageous and kind-hearted,” he wrote) and archival footage, it gives a chilling insight into the ideologies of a lower-middle-class man who became a notorious war criminal.

YOUNG PEREZ (Bulgaria/France/Israel) D: Jacques Quanche
Based on a true story, this is the moving tale of Victor “Young” Perez, a world-champion boxer whose physical and inner strength helped him to survive a boxing ring in Auschwitz. The Jewish Perez flees Tunisia for France and becomes the youngest world-champion in boxing history in the 1930s. But his career and personal life spiral out of control. Alone, and with his reputation in tatters, he is deported to Auschwitz where he is forced to box for the entertainment of a camp commander.

Cinematically rich scenes of his halcyon days as a celebrity athlete, his relationship with Italian actress Mireille Balin and the depiction of his fall from grace make, Young Perez a story about strength and redemption.

NIGHT WILL FALL (Israel/UK) Director: André Singer
During the liberation of the concentration camps, allied soldiers and cameramen shot mass reels of footage, documenting the horrors within. With this material, producer Sydney Bernstein together with a team that included Alfred Hitchcock began to make German Concentration Camps Factual Survey, with the aim of creating a document to show the world what had happened. But the project was shelved and lay untouched…until now. This not-to-missed documentary tells how the project was finally, in 2014, released in all its uncompromising detail.

THE GO-GO BOYS (Israel) Director: Hilla Medalia
The inside story of two Israeli-born cousins, the late Menahem Golan and Yoram Globus, who turned the Hollywood establishment upside down. Together they produced more than 300 films and founded the world’s most powerful independent film company, Cannon Films, which was responsible for Israeli and mainstream, Hollywood-blockbuster, action/exploitation hits during the duo’s 1980s hey day.

RUN, BOY RUN (France/Germany) Director: Pepe Danquart
Academy Award-winning filmmaker Pepe Danquart tells the remarkable true story of nine-year-old Srulik, who escaped the Warsaw ghetto in 1942 and learned to survive in the wilderness, until winter forced him to seek shelter. Passing himself off as a Christian orphan, he survived the war under incredible circumstances while being hunted by those who suspected his true identity.

The 2014 Jewish International Film Festival will screen as follows: