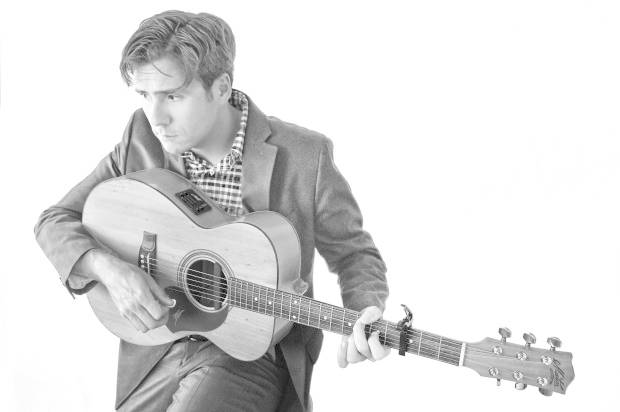 PHYSICAL 7’’ SINGLES TO BE RELEASED IN SEPTEMBER
TOURING EUROPE THIS AUGUST AND SEPTEMBER FOLLOWING JULY DATES IN U.S.
JIMMY EAT WORLD TO PLAY U.S. SHOWS IN SEPTEMBER AND OCTOBER

Jim Adkins, lead-singer of multi-platinum rock band Jimmy Eat World, is excited to announce a series solo tour dates in Europe and a string of digital singles to be released this summer, beginning with ‘I Will Go’ this Friday, July 10. Every Friday between now and August 14, Adkins will release a new digital single, with all of the singles being released as a set of three 7’’ singles in September. The singles series will also be available as a onetime purchase digital subscription through http://bit.ly/jimadkins. Three songs of original material will accompany three cover songs over the six Fridays. The schedule of digital and physical releases is below.

Following the last few years, which consisted of Jimmy Eat World touring extensively behind their most recent album DAMAGE and to celebrate the 10th anniversary of their 2004 album FUTURES, Jim Adkins is embarking on a solo tour of Europe this August and September, following his previously announced solo tour in the U.S. this July. The exclusive pre-sale is available now at JimAdkins.net

About the new solo singles and upcoming solo tour, Adkins noted, “2015 seemed like as good a time as any to take a second and experiment with life outside the pattern. In the past I have been involved with solo work, playing mostly benefit concerts locally in my home of Arizona. Toward the end of our last European tour I decided to stick around and play a solo show in Berlin, DE. I thought to myself: hey, this is different and also pretty fun…I could keep going. So why not?”
   
Upon returning to the United States in September, Jimmy Eat World will celebrate the end of summer with a show in their native Arizona at Tempe’s Summer Ends Music Festival on September 25, followed by a concert in southern California at San Manuel Amphitheater in San Bernardino on October 3rd.