JOAN ARMATRADING TO PERFORM SOLO AT QPAC THIS DECEMBER

'Me joan armatrading Myself I QPAC three Grammy nominations by Caroline Russo | on August 6, 2014 | 0 comments | in Music | Like it 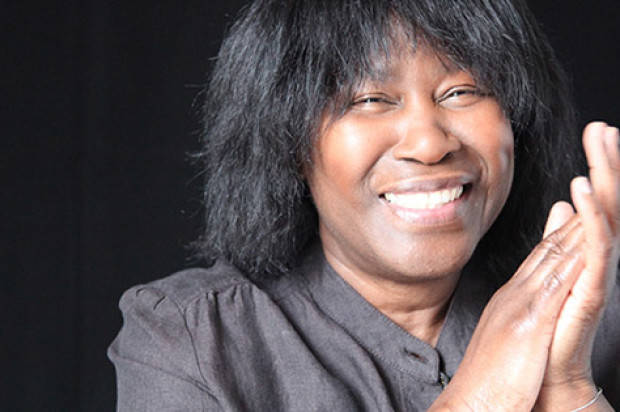 PERTH-ADELAIDE-MELBOURNE-CANBERRA-SYDNEY-PORT MACQUARIE-TWEED HEADS-BRISBANE
“…with my final major tour, I want to capture a unique memory for both myself and the audience.” Joan Armatrading

After touring for 42 years, the incomparable Joan Armatrading will perform her last major world tour and first solo concerts on a worldwide scale, including one night only at the Queensland Performing Arts Centre (QPAC) on Sunday 14 December 2014.

Experience this phenomenal British singer songwriter and guitarist as she returns to Australia, for this special series of intimate performances after a highly acclaimed sold out tour in 2013. This time Joan Armatrading will tour nationally and will perform at the Astor Theatre in Perth, The Gov in Adelaide, The Recital Centre in Melbourne, The Theatre Centre in Canberra, The Enmore Theatre in Sydney, Panthers in Port Macquarie, Twin Towns in Tweed Heads and QPAC’s Concert Hall in Brisbane.

One of the world’s most prolific songwriters and musicians, Joan Armatrading has released over 20 acclaimed albums, received three Grammy nominations; she is a Brit Award nominee and has received the highly coveted Ivor Novello Award. Although she will continue to perform on occasion this will be her final major world tour.

Fittingly, this unique series of solo shows will feature Joan’s classic hit ‘Me, Myself I’ as well as a mix of other favourites such as ‘Love and Affection’, ‘Willow’ and ‘Drop The Pilot’ plus some of Joan’s more recent compositions. Fans new and old will enjoy a musical voyage spanning Joan Armatrading’s entire career and the many genres she has mastered including Pop, Blues, Folk, Reggae and Jazz.

Don’t miss what may be the last chance to see Joan Armatrading in concert in Australia. Tickets on sale from Monday 11 August at 10.00am. To book go to qpac.com.au or phone 136-246.