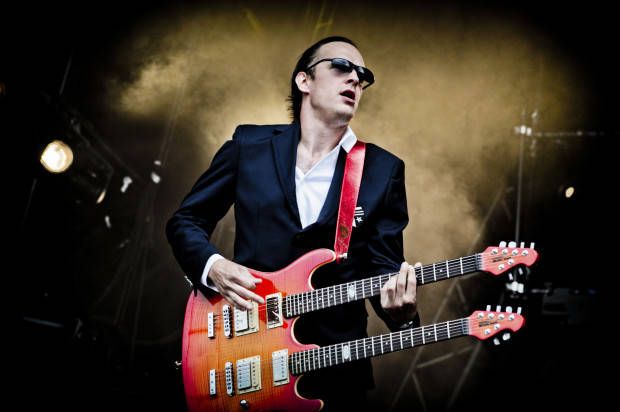 This is Bonamassa’s first studio album in two years and the first album of his career to feature all original material. The result is a record with more of an experimental edge than previous Bonamassa records. It’s a blues record that explores the outer reaches and the many different sounds that shape the genre. “It’s been a while since I’ve been involved in the writing on an entire album. So I decided I wanted to make a completely original blues album,” said Bonamassa. “I’ve really had to push myself to make everything I do better than the last project. I know the fans expect it. And I feel like I owe it to the fans to give them an original record after all these years.”

Click here for updates on Different Shades Of Blue and a free download from Joe’s latest #1 Billboard studio album Driving Towards The Daylight: www.jbonamassa.com/dttd/?id=DSOBpr

Bonamassa has twelve #1 Billboard Blues Albums (more than any other artist) and received his first GRAMMY nomination in 2013 for his collaboration with Beth Hart on the duo’s sophomore album Seesaw. His 2013 solo acoustic project An Acoustic Evening at the Vienna Opera House was nominated by the Blues Music Awards for Best DVD and his 2009 DVD Live From The Royal Albert Hall recently received RIAA Platinum Certification.

More information on Different Shades Of Blue is attached.

JOE BONAMASSA ANNOUNCES 2014 AUSTRALIAN TOUR
Two Shows in One
Full Acoustic + Full Electric
“Live, there’s just no touching this guy…he’s simply an electrifying showman” ABOUT.COM
“I just saw Joe Bonamassa play the other night, he is bad ass.” SLASH
Los Angeles, May 14, 2014: Joe Bonamassa has announced his Australian tour dates for September 2014. Kicking off in Sydney on September 14, the whirlwind trip will finish up a week later in Perth on September 21, after shows in Adelaide and Melbourne.

To mark the tour announcement, a new Free Song Download from Joe Bonamassa has been made available. Go to www.jbonamassa.com/freemp3 to claim your copy.
The new live show will offer two stellar band line-ups with Joe Bonamassa dividing the show in half, offering audiences both a full acoustic and a full electric set. This will be Bonamassa’s first time performing a full acoustic set in Australia for local audiences.

The first set will feature Bonamassa alongside the acoustic band from his #1 Billboard acoustic CD/DVD An Acoustic Evening At The Vienna Opera House playing an assortment of rare, vintage, organic and unusual instruments alongside performers Gerry O’Connor (fiddle/mandolin), Mats Wester (Swedish keyed fiddle), and Lenny Castro (percussion). Together they will run through an hour of the celebrated signature acoustic performance from Bonamassa’s Vienna show, treating the audience to a gorgeously textured unplugged experience.
Bonamassa will then shift into electric mode for the second half of the show, which will feature his acclaimed touring band: Carmine Rojas (bass), Tal Bergman (drums), and new touring keyboardist (and fellow Black Country Communion member) Derek Sherinian.

Bonamassa has another full slate of projects this year, including:

 Tour De Force – Live In London (J&R Adventures/Only Blues Music) – Out in May, the 2-CD companion to last year’s DVD/Blu-ray chronicling the unprecedented live concert event unfolding over four nights,
at four different venues, and with four different bands. Each evening is marked by a unique theme with different setlists, arrangements and ensembles with over 60 songs in total – some having never been performed live before – from Bonamassa’s extensive career.
 New Studio Album – This much-anticipated new solo studio album will be released featuring all-new, all-original material. In September 2014. Joe is currently playing a few select tracks from this new album Live on Tour. 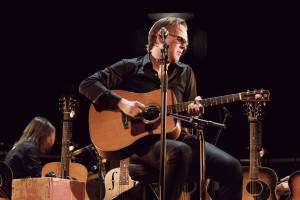 Tickets to all shows on sale now
“No one on the scene today plays with as much passion, has as much finesse and raw talent, has reverence for those who came before him, and has as much passion for his craft as Joe Bonamassa,”
– CLASSIC ROCK REVISITED

“…destined to be counted among the greatest of all-time.” – ORANGE COUNTRY REGISTER