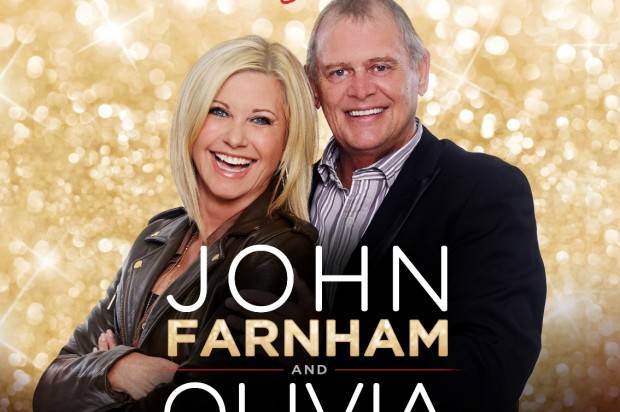 JOHN FARNHAM MAKES HISTORY BY BEING THE ONLY ARTIST TO HAVE AUSTRALIAN #1’S SPANNING THE LAST 6 DECADES!

Sony Music Entertainment Australia is proud to announce TWO STRONG HEARTS LIVE, the new live album from John Farnham and Olivia Newton-John, has debuted at #1 on the Official ARIA Albums Chart. This album is a collection of highlights taken from their highly acclaimed ‘Two Strong Hearts’ tour, which sold out arenas across Australia.

Everyone who experienced this amazing show would attest that this was more than two artists simply sharing a bill. This was two long-time friends embracing each other’s vast catalogue of monster hits and fan favourites, delivered with a wit and emotion only ascertained through a close personal relationship.

John Farnham and Olivia Newton-John are both multi-ARIA Award Winners and have both been inducted into the ARIA Hall Of Fame – an industry recognition reserved only for those who have achieved greatness through dedication, perseverance and artistic evolution.

Music and Chart Historian Gavin Ryan has researched their incredible careers and detailed the enormous chart success of each artist below: 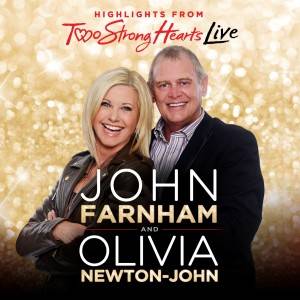 TWO STRONG HEARTS LIVE has struck an accord with both industry peers and the public alike, with glowing reviews for the new album:

“John Farnham and Olivia Newton-John have a chemistry and friendship you just can’t fake. And zero egos. Some stars wouldn’t let their signature hits and show-stopping anthems become duets. But on this live souvenir of their recent joint tour you have Farnham getting Physical and ONJ even starts national anthem You’re the Voice. The fact these two were having serious fun is not lost in the recorded translation… Welcome to double happiness.”
News Ltd

“Fans of John Farnham will love this one. Fans of Olivia Newton-John will feel the same, and fans of both are likely to find themselves in some sort of musical heaven.”
The Examiner

Recorded in Melbourne with Philharmonia Australia, the twenty-one track album features sixteen duets with two of Australia’s most iconic singers.

With a 60-piece orchestra behind them, Farnham and Newton-John recently sold out houses around the country. With Chong Lim leading the orchestra alongside Farnham’s core band and singers, audiences were treated to a thrilling series of gigs that saw each artist dig into their own personal songbook with stunning results.

Highlights on the album include ‘Two Strong Hearts’, ‘Let Me Be There’, ‘Xanadu’, the Peter Allen penned ‘I Honestly Love You’ and a sublime ‘Tenterfield Saddler’, ‘Dare To Dream’, ‘Somewhere Over The Rainbow’, ‘Burn For You’ and the jazz/blues hybrid of ‘Hit The Road Jack’ and ‘Fever’. Hearing Farnham and Newton-John work through ‘You’re The One That I Want’ and ‘Summer Nights’ from the Grease soundtrack is joyous, funny and downright brilliant. Throw in a powerhouse ‘You’re The Voice’ and a stunning cover of AC/DC’s ‘It’s A Long Way To The Top (If You Wanna Rock And Roll)’, where the mix of rock n’ roll electricity and orchestra absolutely rocks, and you have one amazing live album!
       
ARTIST: JOHN FARNHAM & OLIVIA NEWTON-JOHN
TITLE: TWO STRONG HEARTS LIVE
RELEASE DATE: OUT NOW
WEBSITE: http://www.johnfarnham.com.au
FACEBOOK: https://www.facebook.com/farnhammusic
YOUTUBE: https://www.youtube.com/user/JohnFarnhamVEVO
WEBSITE: http://olivianewton-john.com/
FACEBOOK: https://www.facebook.com/olivianewtonjohn
INSTAGRAM: https://instagram.com/TheRealONJ
TWITTER: https://twitter.com/olivianj