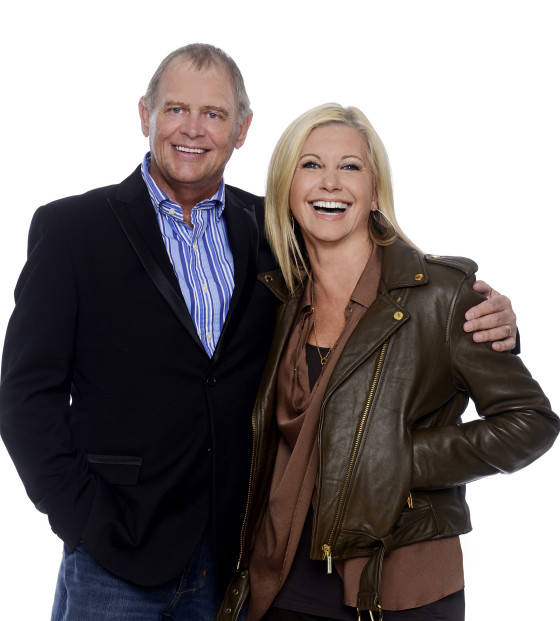 Dainty Group is proud to announce Australian superstars John Farnham and Olivia Newton-John will perform together with the Farnham band and a 60 piece orchestra in a co-headlining tour across Australia in April 2015 on the Two Strong Hearts Tour presented by Telstra Thanks.

John Farnham, a master performer whose classic album “Whispering Jack” is owned by one in four Australians, has a long-held nickname that still says it all: The Voice.

Olivia Newton-John’s appeal is timeless. With a career spanning more than five decades she is still a vibrant, creative individual adored by fans around the globe.

John Farnham and Olivia Newton-John together with the Farnham band, singers and a 60 piece orchestra promises to be a unique, not-to-be-missed concert event.

Australia’s much-loved legends will perform a set together and solo sets on The Two Strong Hearts Tour to ensure all their hits spanning 5 decades are showcased for fans on this once-in-a-lifetime concert experience. 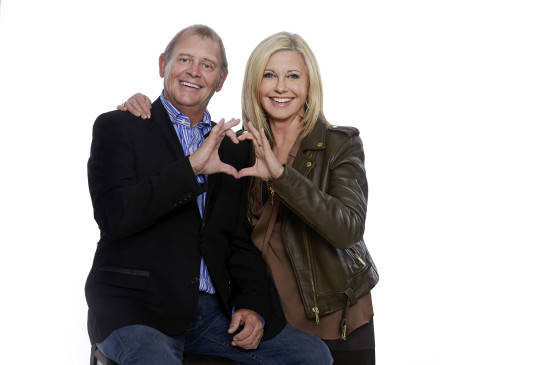 Telstra is offering customers the chance to jump the queue and be the first in line for tickets and official VIP Packages to theTwo Strong Hearts Tour with a 48 hour pre-sale. The Telstra Thanks Pre-Sale will run from 10:00am local time Wednesday 15th October – 10:00am Friday 17th October 2014. Telstra customers will need to visitwww.telstra.com/music to register for the Telstra Thanks Pre-Sale.

Tickets and official VIP Packages to the general public will go on sale at 10:00am local time on Monday 20th October, visit www.daintygroup.com for ticketing details and http://www.daintygroup.com/two-strong-hearts-vip-packages/ for official packages.
Promoter Paul Dainty said: “Two of Australia’s most successful and loved artists singing together on one stage with a 60 piece orchestra is truly a once-in-a-lifetime experience that will never be forgotten. It is my great honour to be part of this very special concert tour.”

John Farnham has sold more tickets, more albums and notched up more achievements than any other Australian musician. A five times King of Pop winner, Farnham parlayed his teen idol fame into stage musicals, cabaret, and a stint with the Little River Band, fronting hits like “The Other Guy” and “Playing To Win.”

“Whispering Jack,” released in 1987, rebooted Farnham’s career as a headline act. Hits including “You’re The Voice”, “A Touch Of Paradise”,“Pressure Down” and “Chain Reaction” followed.

A 15-time ARIA Award winner, Farnham was named Australian of the Year in 1988, made an Officer of the Order of Australia, in 1996, awarded a Centenary Medal in 2001, and inducted into the ARIA Hall of Fame in 2003.

Farnham holds the box office record for most number of arena shows by an Australian performer. His 2002 juggernaut tour, which ran the length and breadth of the continent for six months, was one of the highest grossing tours in Australian history.
Olivia Newton-John, AO, OBE is a four-time Grammy award winner who has amassed five No. 1 and ten other Top Ten Billboard Hot 100 singles and two No. 1 Billboard 200 solo albums. Eleven of her singles (including two platinum) and 14 of her albums (including two platinum and four double platinum) have been certified gold by the RIAA.

Her music has been successful in multiple genres including pop, country, and adult contemporary, and has sold an estimated 100 million records, making her one of the world’s best-selling artists of all time.

She co-starred with John Travolta in the film adaptation of the Broadway musical Grease, which featured one of the most successful soundtracks in Hollywood history.

The Two Strong Hearts Tour presented by Telstra Thanks will be the tour for young, old and new fans, a unique event with two of Australia’s superstars showcasing their vast careers.

Tickets to the general public go on sale at 10.00am local time on Monday 20th October.