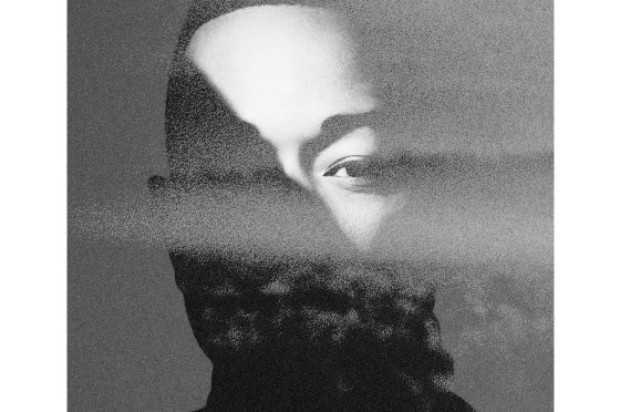 PRE-ORDER DARKNESS AND LIGHT NOW: www.smarturl.it/DALJL
Acclaimed, multi-platinum selling, Oscar, Golden Globe and 10x Grammy Award winning singer/songwriter John Legend’s highly-anticipated new album DARKNESS AND LIGHT, will be released on Friday, December 2nd via Columbia Records through Sony Music Entertainment Australia. The album, produced by Blake Mills (Alabama Shakes), is available for pre-order now and features his current anthemic hit ‘Love Me Now’.
Legend previewed a snippet of the official video for ‘Love Me Now’ – watch HERE. The track was written and produced by John Legend with Blake Mills (Alabama Shakes) and John Ryan (One Direction).
DARKNESS AND LIGHT features multiple guest collaborations including Chance the Rapper, Alabama Shakes’ Brittany Howard, and Miguel.
“DARKNESS AND LIGHT is John Legend’s manifesto. Following the tradition of Soul/R&B music that celebrates love and challenges indecency, DARKNESS AND LIGHT digs into John’s long-standing devotion to social justice, the challenges and rewards of a marriage constantly in the public eye and the recent birth of his first child, Luna. This record goes against the grain, boldly reminding us that though darkness is abound, it is the light that will ultimately push us forward.” –Blake Mills
TRACK LIST
1. I Know Better
2. Penthouse Floor (feat. Chance the Rapper)
3. Darkness and Light (feat. Brittany Howard)
4. Overload (feat. Miguel)
5. Love Me Now
6. What You Do to Me
7. Surefire
8. Right By You (for Luna)
9. Temporarily Painless
10. How Can I Blame You
11. Same Old Story
12. Marching Into the Dark
13. Drawing Lines (Deluxe)
14. What You Do to Me (Piano Demo) (Deluxe)
15. Love You Anyway (Deluxe)

ABOUT JOHN LEGEND
Ohio-born John Legend is a critically acclaimed, multi-award winning, platinum-selling singer-songwriter. His work has garnered him ten Grammy Awards, an Academy Award, a Golden Globe Award, the BET Award for Best New Artist and the special Starlight Award from the Songwriters Hall of Fame, among others. A graduate of University of Pennsylvania where he studied English and African-American literature, Legend participated in a wide range of musical activities while in college. During the same period, Legend was introduced to Lauryn Hill, who hired him to play piano on her track ‘Everything Is Everything’, and shortly thereafter he began to play shows around the Philadelphia area, eventually expanding his audience base to New York, Boston, Atlanta and Washington D.C. After college, Legend was introduced to then up-and-coming hip-hop artist Kanye West, who quickly signed Legend to his G.O.O.D. Music imprint and hired him to sing vocal hooks on some of his music.

Legend started gaining momentum through a series of similar collaborations with established artists, adding vocals to an impressive list of chart-topping hits including West’s ‘All of the Lights’, Jay-Z’s ‘Encore’ and back-up vocals on Alicia Keys’ 2003 song, ‘You Don’t Know My Name. Legend’s debut album, GET LIFTED, was released in December of 2004 through Columbia Records. The critically acclaimed album spawned the artist’s first hit single, ‘Ordinary People’, and scored Legend multiple Grammy Awards in 2006, including Best R&B Album, Best New Artist and Best Male R&B Vocal Performance. The follow up was 2006’s platinum-selling ONCE AGAIN, which brought Legend another Grammy, Best Male R&B Performance, for his single ‘Heaven’, and included collaborations with Kanye West, will.i.am and Raphael Saadiq. Legend’s next release was 2008’s EVOLVER, led by the hit single ‘Green Light’ featuring Andre 3000. His 2010 collaboration with the Roots, WAKE UP, won the Grammy for Best R&B Album a year later. Legend’s highly acclaimed fourth and most current studio album LOVE IN THE FUTURE, features ‘All of Me’, Legend’s highest selling and charting song to date, reaching #1 on the ARIA and Billboard Hot 100 charts. Legend won his first Academy Award, first Golden Globe Award, a Grammy award, and a Critic’s Choice Award for his song ‘Glory’ that he wrote and performed with Common, for the film SELMA.
Throughout his career, Legend has worked to make a difference in the lives of others. In 2007, he launched the Show Me Campaign (ShowMeCampaign.org), an initiative that focuses on education as a key to break the cycle of poverty. The 2010 BET Humanitarian of the Year award, the 2009 CARE Humanitarian Award for Global Change, the 2009 Bishop John T. Walker Distinguished Humanitarian Service Award from Africare and the 2011 Harvard Foundation Artist of the Year Award recognize Legend’s efforts and leadership in this arena. John sits on the boards of The Education Equality Project, Teach for America, Stand for Children and the Harlem Village Academies and co-chairs the Harlem Village Academies’ National Leadership Board. Additionally, Legend supports LRNG, a movement dedicated to inspiring innovation in the learning process to one that better reflects the world we live in today. In 2015, Legend initiated the #freeAmerica campaign, designed to change the national conversation of our country’s misguided policies and to make a change in America’s criminal justice system.