john newman LIVE MUSIC Loggie Awards by Caroline Russo | on February 22, 2014 | 0 comments | in Whats the Buzz | Like it 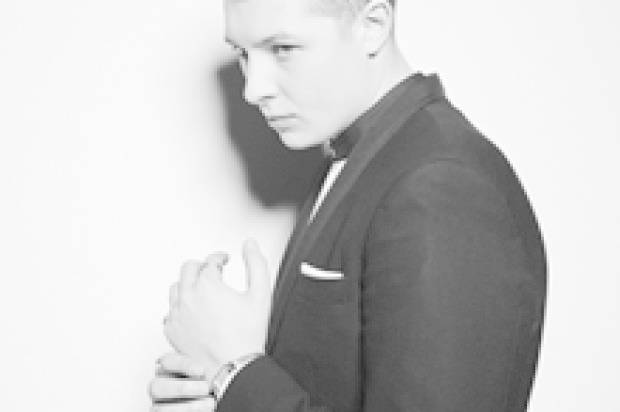  
 
JOHN NEWMAN
IS BRINGING THE LOVE TO MELBOURNE, SYDNEY AND BRISBANE + SET TO PERFORM AT LOGIES
Frontier Touring has confirmed that one of 2013’s biggest breakout stars, John Newman, is headed to stages in Melbourne, Sydney and Brisbane for his very first Australian headline performances this April and May!
With the countdown to the 56TH TV WEEK Logie Awards on, TV WEEK is thrilled to announce that the young British singing sensation is also the first performer confirmed to be appearing onstage on Australian television’s night of nights! The star-studded awards are set to take place on Sunday, April 27, 2014 at Palladium at Crown, Crown Towers, Melbourne, and broadcast on the Nine Network.
Having inherited a love for music from his Motown loving Mother, Yorkshire born Newman has been playing music from the age of 14. After attending the College Of Music in Leeds he moved to London, where he met and moved in with future Rudimental front man Piers Agget and the two began to jam together. Eventually Agget formed Rudimental and featuring Newman as the soulful voice at the centre of the bands soaring anthems ‘Feel the Love’ and ‘Not Giving In’.
By early-June 2012 ‘Feel The Love’ (watch here) climbed to number 1 on the UK Singles Chart and became a Top 5 hit in Belgium, Netherlands, New Zealand and here in Australia, where it was eventually certified Triple Platinum. ‘Not Giving In’ (watch here) reached #1 on the UK Dance Chart, #14 on the UK Singles Chart and #12 here in Australia where it also came in at #16 on the esteemed triple j Hottest 100 for 2012 and was certified Double Platinum.
The question soon became when would the world get to experience this goose bump-inducing voice as a solo artist? In June of 2012 that question was answered; with his unstoppable hit single ‘Love Me Again’ (watch here) – a bombastic break-up anthem that balances Newman’s unmistakable crooning with jazzy instrumentation and a foot stomping chorus that you can’t quit. Proving once again to have the midas touch ‘Love Me Again’ soared to #1 on the UK Singles Chart and was a top ten hit in 16 countries including Australia, where Newman was yet again was certified Double Platinum.
Any doubts of Newman’s star-status were blown away by the arrival of debut album Tribute (Out now through Universal Music) in October last year. Featuring further singles ‘Cheating’ (watch here) and ‘Losing Sleep’ (watch here), Tribute entered the UK Albums Chart at #1 heralding Newman as a force to reckon with to both listeners and critics alike;
“This magnificent debut is laden with future classics…Tribute is a triumph” – Star Magazine ★★★★★
“His sound echoes the lyrical outpouring and bleeding hearts of Otis Redding and Amy Winehouse…the neo-soul man is set to charm the world” – Q Magazine
     
 
 
 
 
Despite being the tender age of 23, when John Newman takes the stage his showmanship and raw talent transcend his youth and command your attention. Newman impressed Australian audiences for the first time while here for a promotional tour in August where he performed to a rapturous response on Xfactor (watch here), Sunrise (watch here), Nova (watch here) and 2Day FM (watch here) as well as stopping in to see Tom and Alex at triple j, MTV, Channel [V], The Bump and many more. Last year he took Britain’s breath away when he performed ‘Love Me Again’ on BBC’s music television institution Later…with Jools Holland (watch here) where it is clocking in at well over 400, 000 views on Youtube. Much like his music, his live shows too are gathering an arsenal of acclaim;
‘There is a distinct sense that the Newman revue is already primed for bigger things… Newman soars above the gospel-tinged soundscape of All I Need Is You, a kissing cousin of Primal Scream’s Come Together, and sounds even more affecting in the early running of the piano ballad Out of My Head.’– The Guardian
‘The atmosphere in the room is one of elation as Newman delivers his joyful hits that blend soul and pop in a fashion that has seen him compared to the late great Amy Winehouse… He gives his all and makes it clear why he has been hailed as one of the breakthrough pop acts of the past year. It’s up from here.’– Bring The Noise
When John Newman unleashes that voice on Australian audiences combined with his artillery of unstoppable hits for his first ever Australian headline shows this April and May these are set to be some of the most talked about performances of the year. Make sure you don’t miss you’re chance to witness it for yourself.
JOHN NEWMAN
APRIL/MAY 2014
Frontier Members pre-sale via www.frontiertouring.com/johnnewman Tue 25 Feb (4pm AEST) to Wed 26 Feb (4pm AEST)
(or ends earlier if pre-sale allocation exhausted)
General public on sale from 9am local time, Monday 3 March
      Sun 27 April Tue 29 April
Thu 1 May Sat 3 May
56TH TV WEEK Logie Awards on Channel Nine
Melbourne | Palace Theatre
Ticketek.com.au | Ph: 132 849 Sydney | The Hi-Fi
thehifi.com.au | Ph: 1300 762 545 Brisbane | Eatons Hill Hotel
(18+) (18+) (18+)
  Oztix.com.au | Ph: 1300 762 545