John Stefanatos Is The Driver Of Olympic Circuit Motorcycles New doors have opened up with Gold Coasts newest braaap dealership, which is Australian designed and manufactured. It has affordable prices, and life-long warranties with an in-house café all under the same roof and is a boutique motorcycle store situated at Southport. Customers are welcomed by the owner John Stefanatos along with his friendly staff and encouraged to share their enthusiasm for motorcycles over coffee.

John’s involvement in the motorcycle industry can be described as long, widespread and filled with passion. From the age of 13 years old he started riding motorcycles.

After owning and operating numerous businesses and being a business and life coach to many, John decided to get back into the automotive industry were his passion lies. 2013 was the year he decided to start Queensland Roadworthy Services (QRS). When the premises next door to QRS became available, John was inspired over coffee with his friends that having the extra space would be beneficial for growth and development. As an avid lover for motorcycles and coffee (having his own classic motorcycle and car collection) the idea for Olympic Circuit Motorcycles came to life. The renovations for Olympic Circuit Motorcycles were undertaken by John and a few good mates who worked tirelessly after hours and on weekends to prepare for the Grand Opening. John had come across the Australian brand braaap who was coincidentally also looking for a potential dealerships on the Gold Coast. braaap founder Brad Smith former Australian superlight MX motocross rider and John formed a bond and both share a future vision with their passion for motorcycles. The mutually beneficial partnership was well underway in just over 6 weeks with John receiving his first truck load of motorcycles.
The culture that John intended to build for Olympic Circuit Motorcycles was more than just a retail shop. The dream was to have a shop where customers could come in to sit, chat and build good relations with the owner and the company. This is the point of difference that this company has. Furthermore, the unique space was used as a 40th birthday party venue which opens potential doors for the space to become a venue to hire. 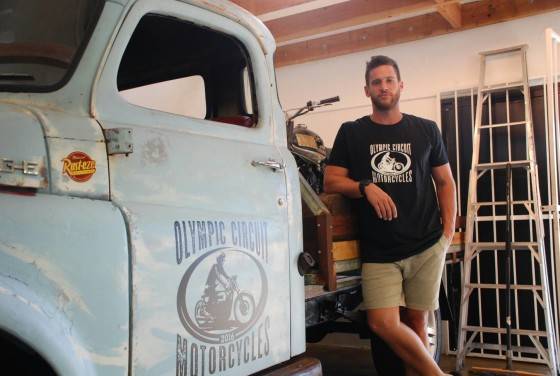 The fresh faced Olympic Circuit Motorcycle store has been open for approximately 7 weeks now, with business in full swing. OCM has hit the market quite hard, with advertising being placed in bus shelters, local gyms and on social media having Dan Ewing (Home and Away) and Jordyn Yarker (Bella and the Bulldogs) feature in promotional photographs for the company. 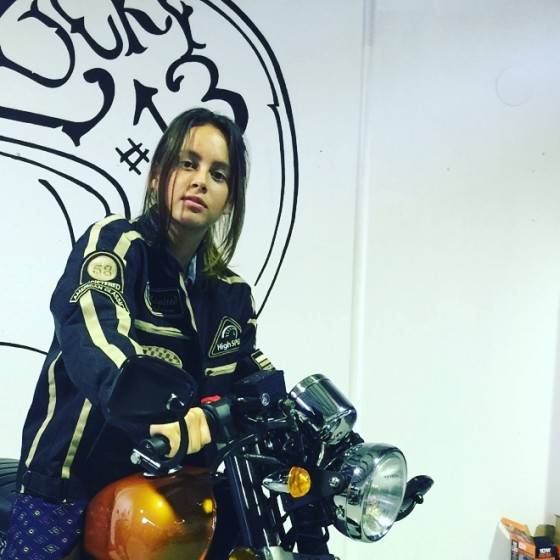 With constant growth and development in mind John is always looking at new projects and business ventures that take his interest. A contributing factor as to how John has connections within the entertainment industry relate to his involvement as an Executive Producer for the Australian movie ‘RISE’ featuring Martin Sacks with an international release in 2016. 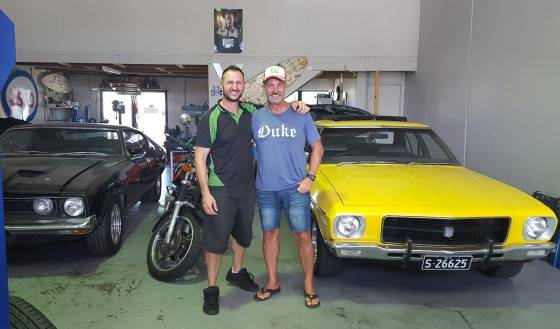 John’s inspirational attitude to pursue your aspirations and see the positive side of life is definitely one you want to familiarise yourself with down at Olympic Circuit Motorcycles in Southport.
“There’s always going to be setbacks and no’s in life, but if you keep going and pursue your dreams you can achieve anything.