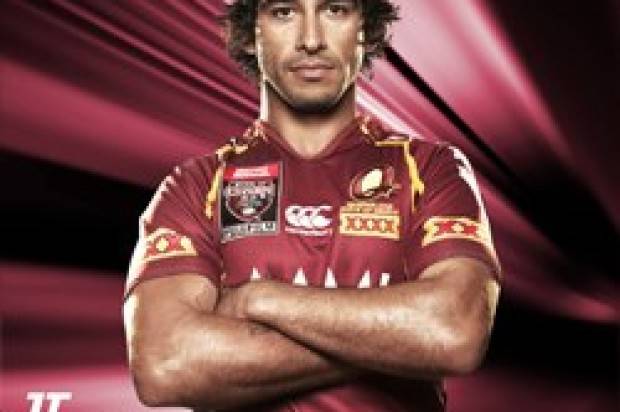 A Nine News Sydney exclusive tonight has officially announced that NRL superstar Johnathan Thurston is joining the Nine Network on a five-year deal from 2016.

Thurston will complement Nine’s top rugby league talent lineup by moving into a central role on The Footy Show.

Executive Producer of The Footy Show, Glenn Pallister, said: “I’m thrilled to have secured the best and most popular player in the game to be a part of the Channel Nine team for the next five years, be it on The Footy Show or our NRL coverage.

“Johnathan’s presence and personality fits right into our DNA. He’s a superstar player and a superstar bloke – a perfect addition that I’m sure our viewers will love.”

The North Queensland Cowboys 2015 premiership hero expressed his joy at the deal which will see him step straight off the playing field and onto the microphone.

“I’m very excited to be joining the Channel Nine family where I will continue to develop my media career with the talented team on The Footy Show and the match day commentary team. Nine is live and free and has the best in the business, and I look forward to being a part of that.

“I’m really happy at the moment and so thankful for the opportunity to stay involved in the game I love after finishing my playing career.”

Once Thurston retires from rugby league the new deal will see his presence increase on the Nine Network.

Nine’s Director of Sport, Tom Malone, said: “It’s a terrific signing by Coach Pallister, easily the biggest of the off-season. JT is the biggest name in rugby league, with the best laugh in Australia – bar none.

“He delivers on the field with brilliance, and off the field with his trademark charm and humour. With a record number of Cowboys games live and free on Nine this year, it’s great to have JT as part of our rugby league team.”

Besides being a regular co-host and contributor on The Footy Show, Thurston will feature across the network in Nine News exclusives and Nine’s match commentary in both New South Wales and his native Queensland.