JOHNNY YOUNG CRUISES THROUGH THE HISTORY OF POP

BALTIC SEA Cruise HISTORY OF POP JOHNNY YOUNG travelrite by Caroline Russo | on December 5, 2017 | 0 comments | in TRAVEL | Like it 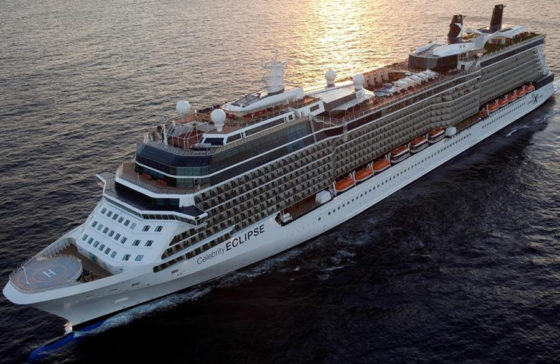 Former Young Talent Time host and TV Week Logies and ARIA Hall of Fame inductee, Johnny Young, will host an incredible cruise of Europe on the Baltic Sea, from June 26 to July 16, 2018. The Australian icon and national treasure will guide passengers through the history of pop and rock from the 60’s on, utilising his 50-plus years in the music industry to give insight into some of the world’s most famous musicians.

From the ‘home of pop’, ABBA’s Stockholm, to Hamburg to celebrate five decades since The Beatles played the Star Club, to London for an immersive experience in British Rock ‘n’ Roll, visiting the sites that made the 60’s swinging and where both psychedelic and punk rock were born, the tour is the complete package for anyone wishing to reminisce on the days of classic pop music.

“Being in the music industry as both a performer and a TV and radio host for more than 50 years, I feel that I have a lot to share with passengers on this cruise,” said Johnny. “I’m especially excited to go back to the beginnings of pop and rock music…I am still a rock ’n’ roller at heart.”

A 60’s legend in his own right, Johnny Young is the perfect host to share endless knowledge of these incredible destinations. The only person to be inducted into both the ARIA and Logies Halls of Fame, Johnny is best known as the host of Young Talent Time in the 70’s and 80’s. After achieving a number one hit with his double-A-side ‘Step Back’ and ‘Caralyn’ in 1966, his moving rendition of ‘All My Loving’ by The Beatles became his signature song, which he will perform on the cruise. Johnny Young has also received 3 gold records as an artist, 6 gold records as a songwriter, the 1966 King of Pop award, 6 TV Week Logie Awards, and GO-SET Songwriter of the year 1970.

On board the cruise, passengers can enjoy performances of all Johnny’s classic hits, as well as reminiscences about his time in the music industry. Even days spent at sea are an opportunity for guests to experience something new, whether that be through Johnny’s talks about music history, the Broadway-style shows on board, a drinks party hosted by Johnny himself, and much more.

Ranked among the top 20 large cruise ships in the Conde Nast Traveler Reader’s poll in 2014, the Celebrity Eclipse is pure five-star extravagance at every turn. With 16 decks, 85 staterooms and spectacular vistas, the ship also boasts ten five-star restaurants, including Murano, a classic French restaurant; Tuscan Grille; Silk Harvest Asian restaurant, and Qsine, a dining venue with a unique and playful approach to familiar dishes from around the world.

Travelrite International Pty Ltd is a well-established travel company which has been marketing throughout Australia for over 30 years. It has two fully ATAS accredited (No. A10538) offices in Melbourne. Travelrite specialises in celebrity escorted and special interest tours like the Film Festival at Sea led by David Stratton and Margaret Pomeranz.

Prices start at $9590 twin share, including air fares, accommodation, food and drinks on board the ship, world-class entertainment and included shore excursions.