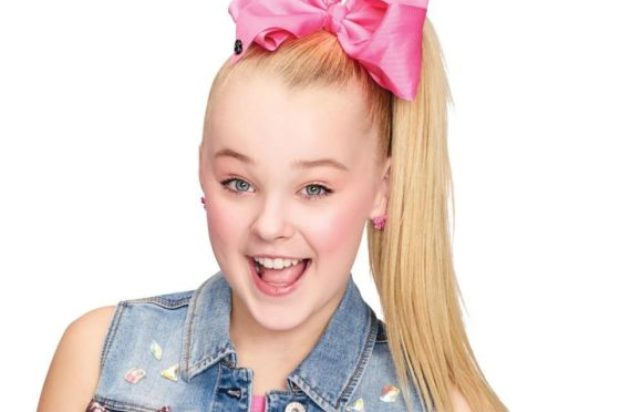 Live Performances and Fashion Parades to be held on the Gold Coast, in Melbourne and Sydney during the July school holidays

Get ready, Siwanatorz1! Nickelodeon Australia, the #1 subscription television channel for kids2, today announced that singer, dancer and social media sensation, JOJO SIWA will tour Australia for the first time during the July school holidays, with live musical performances and fashion parades being held on the Gold Coast – 2 July, in Melbourne – 3 July and in Sydney – 7 July.

Famous for her vibrant coloured bows, JoJo Siwa will debut her brand-new song “High Top Shoes” as well as perform other hit songs and showcase her range of retail products spanning fashion outerwear, sleep and accessories, stationery, bikes, arts and crafts, toys and showbags.
Kids and families are invited to join JoJo Siwa at the following locations on her Australian tour:

Gates open: 8am Performance: From 10.30am
Free Performance and Fashion Parade – Melbourne Where: Eastland, 175 Maroondah Hwy, Ringwood, Victoria When: Tuesday, 3 July 2018
Time: From 10.30am

Following her Sydney performance, the energetic fifteen-year-old will also host an exclusive in- cinema Q&A session and screening of the Nickelodeon original film, Blurt! presented by Foxtel. Entry details will be available via www.foxtel.com.au from Thursday, 14 June.
“I’m so excited to be coming to Australia and can’t wait to meet and perform for my Siwanatorz. It’s going to be so much fun!” said JoJo Siwa.

JoJo’s first public appearance in Australia will be on the red carpet at the 2018 TV WEEK Logie Awards on Sunday, 1 July.

JoJo Siwa is a Nickelodeon and social media superstar, with over 1.4 billion views on her YouTube channel and over 6.9 million followers on Instagram. JoJo is renowned for spreading positivity and anti-bullying messages, particularly via her song Boomerang, which has attracted 526 million views on YouTube and has been streamed over 9 million times on Spotify.
JoJo is a familiar face to Nickelodeon Australia viewers as the hype girl of Lip Sync Battle Shorties and guest roles in hit shows The Thundermans and School of Rock. JoJo starred in her own docu- style special JoJo Siwa: My World and featured alongside Jace Norman (Henry Danger) in TV movie Blurt!.

“We are thrilled to host JoJo Siwa in Australia and create an amazing experience for all of her fans. She is such a fun, energetic role model for kids and lives and breathes the Nickelodeon spirit, through her upbeat songs to her stance against bullying,” said Ben Cox, Vice President and General Manager, Nickelodeon Australia and New Zealand.

Fans can watch additional JoJo Siwa content including JoJo Siwa: My World on the free-to-download Nick Play App in July.