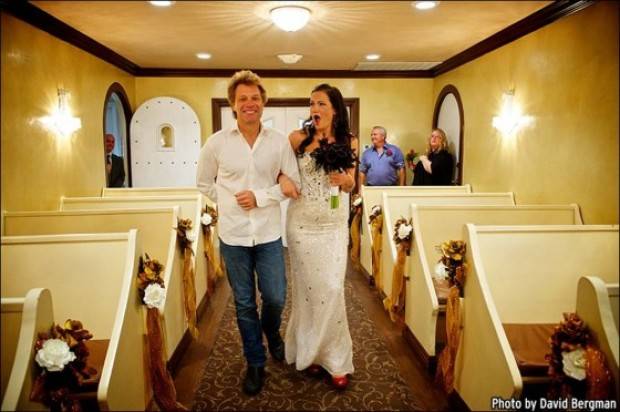 On Saturday, October 12, 2013 US Time, Jon Bon Jovi walked Australian bride to be Branka Delic down the aisle before her wedding to Gonzalo Cladera at the Graceland Wedding Chapel in Las Vegas, NV.

Delic started an online petition two months ago and rallied media in support of her dream to have Jon Bon Jovi walk her down the aisle at the same chapel where he was married to his wife in 1989. Jon surprised the bride on her wedding day at the Graceland Wedding Chapel. Bon Jovi, in the midst of their #1 worldwide “Because We Can” tour, performed at MGM Grand Garden Arena that evening.

“I have memories for life which I’ll never forget. Such an amazing man to take time from his schedule to come walk this crazy Aussie down the aisle… Jon….. I salute!” Branka Delic