JOSH PYKE RELEASES NEW MUSIC “BUT FOR ALL THESE SHRINKING HEARTS”

But For All These Shrinking Heads Josh Pyke Sony Music Australia Wonderlick by Caroline Russo | on July 31, 2015 | 0 comments | in Music | Like it 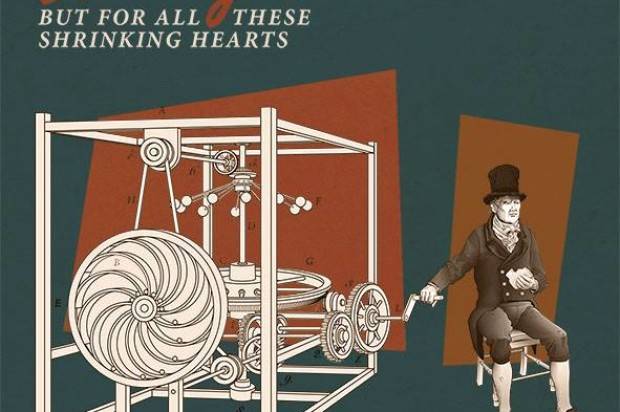 Charles Redheffer had it all wrong. In 1812, the American inventor claimed the unthinkable: the world’s first perpetual motion machine, a machine which moved endlessly, to an infinite end… free of energy source or loss. Physics deemed it impossible, but Redheffer was insistent.

“He believed his own myth so much that he invited a sceptic to inspect it,” explains Josh Pyke, who discovered Redheffer’s tale while Googling for tattoo ideas. After discovering a catgut wire, the sceptic trailed it to a secret room – and Redheffer’s scam was up. “He found an old man cranking a wheel: in one hand he had the wheel turning, while in the other he was holding a sandwich… Turned out he was really bored!“

Read into Redheffer’s conviction as a metaphor for modern society’s ignorance in the face of environmental disaster, and you’re on the same path as Josh Pyke – who tells the tale as an introduction to his highly anticipated fifth album:
But For All These Shrinking Hearts. 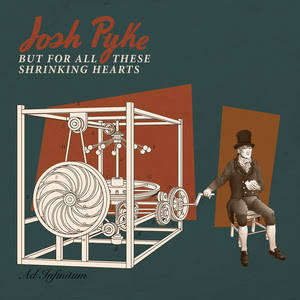 “What the story made me realise is that creativity isn’t bound by physical laws of nature and science,” explains Josh, the LP’s cover artwork based on the story. “The ultimate perpetual motion is creativity. I wouldn’t say that’s the theme of this record exactly, but the whole idea was fascinating to me. I loved the image: the old guard, cranking the wheels.” Pyke got a similar spark via Bruce Springsteen, the ‘Born To Run’ star discussing his battle with writer’s block. “Bruce had a breakthrough when his wife said, ‘There are more songs in you than you’ll have time to write in your lifetime.’ That reminded me about how our society doesn’t value creative output as the amazing asset it really is. A lot of this record is me thinking about my relationship with creativity.”

With multiple ARIAs, APRAs, Gold records, and four top 10 debuts, this 5th album sees Pyke as no stranger to recognition.

In 2014 he signed a new licensing deal with Wonderlick Recordings.

But For All These Shrinking Hearts is rich with total creative freedom – a newfound sense clearly reflected in the record’s spirit.

“The Beginning and the End of Everything was very much a record about the end of one phase and the beginning of a new one,” says Josh. “I saw The Beginning… as a bookend to [2007 debut]
Memories & Dust. Afterwards I felt like everything was wide open. This album is a product of lots of things, but it’s a major product of having a studio in my backyard. I go down there four days a week, six hours a day, and I don’t feel pressured.” He was, says Pyke, “completely reinvigorated.”

It was time to explore. ‘There’s A Line’ was written on a phone app. ‘When Your Colours Go’ was penned for a stage production, after Pyke was asked to write a song about tenderness. Overhearing a Jinja Safari tune in a local café led to his first co-write – ‘Songlines’, written with the band’s Marcus Azon. Pyke’s infant son appears in the final choruses of ‘Hollering Hearts’.

Lyrics were painstakingly crafted (lines like, “You’re using your pen to tie your hair up” – ‘Be Your Boy’) and born from jibberish. “On this record I did something which I hadn’t done before,” says Josh. “On Wilco albums Jeff Tweedy records with a mumble track – he sings a vocal line, harmonies, but just jibberish. He’ll ask the engineer to mix the vocals really low and start translating his sounds and ideas into the final words.” Pyke relished a similar method. “It almost feels like you’re translating your subconscious – there’s a freedom to it that’s quite poetic and poignant in a metaphoric way. I tried that on a couple of songs: ‘Songlines’, and also ‘Momentary Glow’, which is a co-write with Dustin Tebbutt, which was also really cool.”

Armed with months of pre-production, in March 2015 Pyke enlisted Melbourne producer John Castle (Megan Washington, Vance Joy), who travelled to Sydney for a month of recording in the Sony and Alberts studios. The pair worked outside of familiar comfort zones to complete the final tracks.

While Pyke jokes he can’t possibly be objective, with such a different approach he’s deservedly proud of his fifth longplayer.

But For All These Shrinking Hearts might just be his best record yet. “‘Book of Revelations’ would be up there with one of my top songs I’ve ever written I think,” he hopes (Pyke also plays drums for the first time on this number). “There’s a defiance to it that’s very me. The touring that I did for the last album was the most successful touring I’ve ever done – I played to 3,500 at a solo show in Melbourne, which was just amazing. I really pushed myself to go in different directions on this record. It’s an exciting time.“

For Josh Pyke, the future is wide open.

But For All These Shrinking Hearts is another fine listen from one of Australia’s most talented songsmiths.