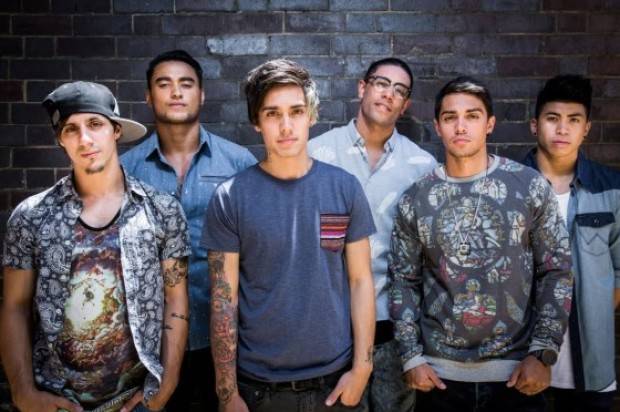 Due to popular demand, JUSTICE CREW has brought the release of their new single “QUE SERA” forward to this Friday May 2nd.

Previously slated for a May 9th release, the single has gained such a huge response from the public since they announced it, encouraging the Crew to appease their fans and make it available sooner. With huge pre-order sales helped along by the national TV sync with Channel 7’s hit show, My Kitchen Rules, JUSTICE CREW are set to make the debut TV performance of “QUE SERA” on Channel 7’s Sunrise on Monday May 5th.

“QUE SERA” marks a new era for Justice Crew showcasing a deeper emotional side through their music and providing a strong platform to launch them further into the spotlight, both here and abroad. Exploring themes such as friendship, harmony, reflection and an appreciation of life, with the clear connection to the well known saying “what will be, will be,” the song enables listeners to draw parallels with their own life experiences as well as further understand Justice Crew’s journey thus far.

As Justice Crew member John Pearce explains, “We are so excited for “QUE SERA” to be released. It has such a powerful message which relates to our journey as Justice Crew and I think that many people will be able to relate to it with their life experiences.”

The release of “QUE SERA” will fly hot off the back of Justice Crew’s national #HYPETOUR, where they will have visited 18 metro and major regional cities across the country. Alongside their special guest Jai Waetford, Justice Crew performed their hits and much more for thousands of fans further demonstrating their versatile talent as artists.

“QUE SERA” follows the huge success of Justice Crew’s 2013 pop anthem “Everybody,”which garnered them Double Platinum sales and hit the Top 10 on the ARIA Singles Chart. Their previous smash hit single “Boom Boom” was a #1 ARIA single, making themthe first Australian Group to hit #1 in over five years, and has now achieved over 6 x Platinum sales. “Boom Boom” was released in the US last year through Pitbull’s record label 305 and RCA, which instigated a promotional tour of the country where they visited media and expanded their already existing American fan base.

“QUE SERA” WILL BE AVAILABLE TO PURCHASE DIGITALLY FROM MAY 2nd.
PRE-ORDER NOW: http://smarturl.it/JCQueSera