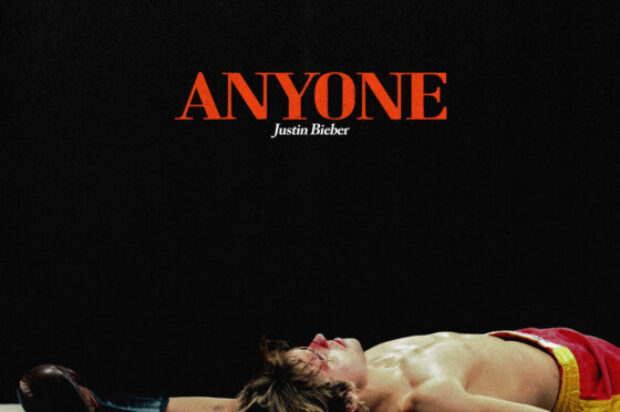 Global superstar Justin Bieber will ring in the New Year with yet another gift for fans across the world. Today, Bieber announces his new single “Anyone” – co-written and produced by Andrew Watt with a visual directed by Colin Tilley – set for release at 12am EST on January 1, 2021. Fans tuned in to Bieber’s livestreamed New Year’s Eve concert presented by T-Mobile will have the chance to hear “Anyone” performed live for the first time, anywhere.

“I can’t think of a better way to close out 2020 and kick off 2021 than celebrating with my fans all over the world and sharing this new music with them,” said Justin. “Music has gotten us all through so much this year, and for me personally it’s been healing and transformative. ‘Anyone’ is such a special, hopeful, anthemic song. It sets the tone for a brighter new year full of hope and possibility.”

Closing out 2020 with three smash singles – “Holy,” “Lonely,” and “Monster” – Justin Bieber reigns as one of the biggest artists in the word: the #1 artist on YouTube with 60mm subscribers, the #2 artist on Spotify globally with over 75mm monthly listeners, over 200mm in combined U.S. radio audience per week, and three Grammy nominations and an American Music Award for his 2020 album Changes.

Changes, the fifth studio album by Grammy Award®-winning global superstar Justin Bieber, debuted at #1 on the U.S. album chart, netting over 1 million in first week global consumption. Bieber’s 7th overall #1 album, Changes also debuted at #1 on the Billboard R&B Albums chart, a career first for him. Underscoring the global dominance of Changes, the album reached #1 in the UK and Canada, and clocked in at #1 iTunes in 85 countries.

Over the course of his career, Justin Bieber has amassed more 50 billion streams and more than 60 million album equivalents worldwide. Justin’s Grammy-winning 2015 album PURPOSE has sold over 21 million copies worldwide.