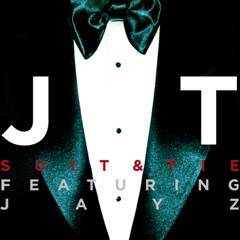 EARNS ADDS TO ROTATIONS ON ALL TOP 40 STATIONS ACROSS THE U.S. TO DEBUT AT #14* ON THE BILLBOARD TOP 40 AIRPLAY CHART

Justin Timberlake’s new single, “Suit & Tie featuring JAY Z,” dominated music charts across the globe after its worldwide release at midnight on Sunday, January 14.  With no formal announcement or promotion and only four days after hints from Timberlake signalling his return to music, the single was released simultaneously worldwide and reached #1 on the iTunes Singles charts in 31 countries including the United States, United Kingdom, Canada, Sweden, France and Brazil.

The song broke U.S. radio airplay records earning the biggest song debut, airplay increase and audience increase for a solo artist ever landing at #14* on the Billboard Top 40 Airplay chart.  Already the #1 Most Added Song at Australian radio, it has debuted at #53 on the Music Network Airplay chart. In the US, the single stormed Top 40, Urban, Rhythm Crossover and Hot AC radio stations where the song is currently on rotation with 214 stations across the country including Z100 (New York), KIIS (Los Angeles), WJLB (Detroit), WOWI (Norfolk) and B96 (Chicago) among many others.  Across all U.S. radio formats, the song earned the largest first week spin total at 9394 as well as the largest first week audience at 93.4 million people, as reported by Mediabase.  Internationally, “Suit & Tie Featuring JAY Z” landed in the top 10 on the iTunes Singles charts in 54 other countries.  It also earned Timberlake his best first week sales ever and had a larger debut than his pop culture defining song, SexyBack, selling 310,078 digital singles since its release one week ago.