Katy Perry Australian Tour Down Under 2014 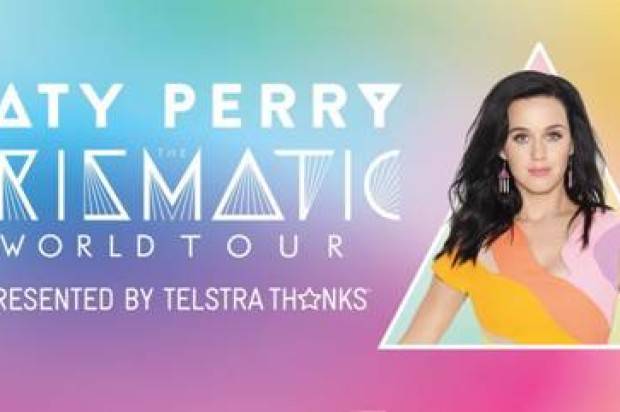 credit Jake Bailey/AUGUST/Raven & Snow)
International superstar, Katy Perry, has announced that THE PRISMATIC WORLD TOUR will head to Australia in November, kicking off in Perth on Friday 7 November and playing dates in Adelaide, Melbourne, Sydney and Brisbane.

Presented by Telstra Thanks and Dainty Group, the tour is in support of Katy’s smash hit album PRISM, which debuted at number one in Australia and has since been certified Triple Platinum. The album has given Katy her biggest ever single in Australia with “Roar” currently certified 9 x Platinum.

The latest single “Dark Horse” from PRISM is already Triple Platinum in Australia with the amazing video just released on February 21. In the US “Dark Horse” is Katy’s 9th #1 hit on the Billboard Hot 100 singles chart and her 11th #1 hit on American pop radio. 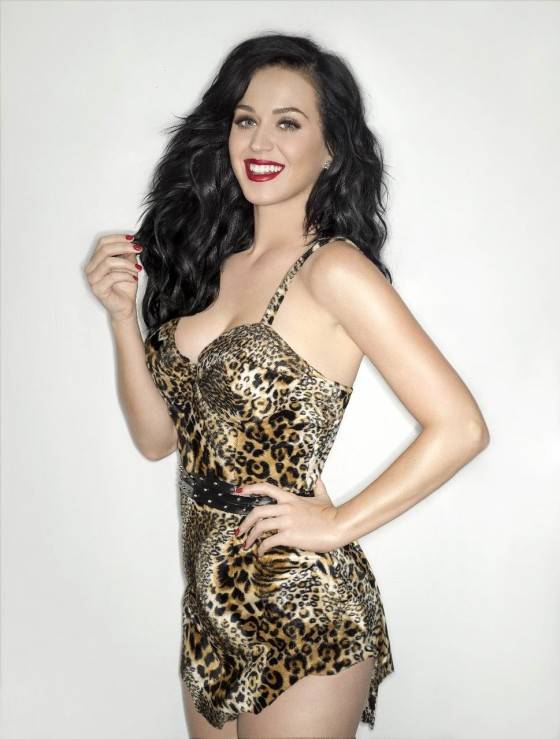 In Australia alone, Katy’s single and album sales are more than 4.6 million.

Paul Dainty, Chairman of Dainty Group said “We are honoured to be promoting Katy’s tour in Australia. She is the hottest star in the world, her single and album sales are staggering and Australians adore her.”

Telstra’s Director of CRM, Digital and Loyalty, Nick Adams, said Telstra Thanks will be offering customers the chance to jump the queue for tickets to the Australian leg of the Prismatic Tour.

“Telstra customers will have access to a 48 hour pre-sale from 9am Wednesday 5th March to 9am Friday 7th March. We anticipate these tickets will be snapped up very quickly and they are subject to availability, so we encourage Telstra customers to pre-register their interest at telstra.com/music”.

Tickets will go on sale to the general public at 12 noon on Tuesday 11 March from www.ticketek.com.au.

The state-of-the art stage, specifically designed by Katy for THE PRISMATIC WORLD TOUR, allows her to get closer to her fans than ever before. The one-of-a-kind set design will provide concert-goers with a truly magical experience from every angle in the arena.

The 11-time GRAMMY® nominated singer cemented her status as a best-selling superstar with the global success of her second studio album, Teenage Dream, which peaked at #1 on the ARIA Chart and spent over three years on the Top 100 ARIA chart and spent two years on Billboard’s Top 200 album sales chart. She became the only female artist to have 5 #1 singles from one album on the Billboard Hot 100 chart (“California Gurls”, “Teenage Dream”, “Firework”, “E.T.” and “Last Friday Night”) and is a recipient of Billboard’s “2012 Woman Of The Year”. The special edition, Teenage Dream: The Complete Confection, added “Part of Me” and “Wide Awake” to Katy’s list of nine Top 40 chart-toppers (dating back to her debut album, 2008’s One of the Boys which is certified Double Platinum in Australia and generated two multi-Platinum singles here: “I Kissed A Girl” and “Hot N Cold,”). THE PRISMATIC WORLD TOUR is Katy’s first tour since 2011’s sold-out California Dreams Tour, which was the subject of 2012’s 3D feature film, Katy Perry: Part Of Me, the fifth biggest music documentary of all time.

For Katy’s New Zealand fans, Auckland shows are being scheduled – details to be announced later.