Bette Midler and David Hyde Pierce cate Blanchett. James Earl Jones Tony Awards by Caroline Russo | on May 7, 2017 | 0 comments | in FOXTEL | Like it 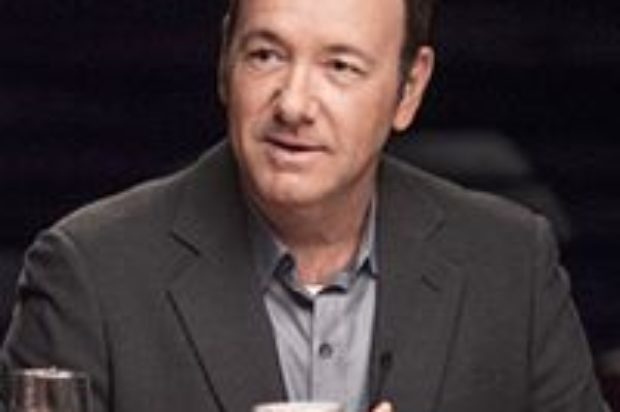 Marking 71 years of excellence on Broadway, The Tony Awards honour theatre professionals for distinguished achievement on Broadway and has been broadcast on CBS since 1978 and are presented by The Broadway League and the American Theatre Wing.

For the first time, Tony Award winner Kevin Spacey will host the Tonys. Spacey won a Tony Award in 1991 for Best Featured Actor in a Play for his performance in “Lost in Yonkers.” The Award-winning producer and actor, has also starred in the Broadway and West End productions of “Long Day’s Journey into Night,” opposite his mentor Jack Lemmon; as well as the title role in the Sam Mendes production of “Richard III”.

Spacey has been nominated for multiple Emmys and has won both Golden Globe and SAG Award for his performance as Frank Underwood in “House of Cards”. He has also won Academy Awards for his performances in “The Usual Suspects” and for “American Beauty”. He was most recently seen opposite Michael Shannon in “Elvis & Nixon” and will next be seen in “Billionaire Boys Club”, Edgar Wright’s “Baby Driver,” and “Rebel In The Rye”.

“I was their second choice for Usual Suspects, fourth choice for American Beauty and 15th choice to host this year’s Tony Awards. I think my career is definitely going in the right direction,” said Spacey. “Maybe I can get shortlisted to host the Oscars if everyone else turns it down.”

Nominations were announced overnight with musical Natasha, Pierre and the Great Comet of 1812, earning 12 nominations more than any other show. An offbeat pop opera, based on a slice of Tolstoy’s “War and Peace”, it stars Josh Groban and leads the nominations in the category for Best Musical alongside Come From Away, about a Canadian town that sheltered travellers after the terrorist attacks of 2001, Dear Evan Hansen, about an anxiety-ridden adolescent who insinuates himself into the life of a grieving family and Groundhog Day The Musical, an adaptation of the Bill Murray Film, Groundhog Day, and written by Australian writer, director and comedian Tim Minchin.

Hello, Dolly! scored 10 nominations, including for its stars Bette Midler and David Hyde Pierce and for Best Revival of a Musical, against Falsettos and Miss Saigon.

In addition to Bette Midler and David Hyde Pierce, Tony Award nominations were given to other known performers including our very own Cate Blanchett for The Play “The Present”, Josh Groban for “Natasha, Pierre and the Great Comet of 1812”, Kevin Kline for the Play “Present Laughter”, Laurie Metcalf for the Play “A Doll’s House”, as well as Sally Field for the Play “The Glass Menagerie”, Danny De Vito for the Play “The Price”, Nathan Lane for the Play “The Front Page” and Laura Linney and Cynthia Nixon for the play “Lillian Hellman’s The Little Foxes”.

Best Performance by an Actress in a Leading Role in a Play is our very own Cate Blanchett (The Present), alongside Jennifer Ehle (Oslo), Sally Field (The Glass Menagerie), Laura Linney (Lillian Hellman’s The Little Foxes) and Laurie Metcalf (A Doll’s House, Part 2).

Special Tony Award for Lifetime Achievement in the Theatre are James Earl Jones and the Tony Honors for Excellence in the Theatre to Nina Lannan and Alan Wasser.

THE 71st ANNUAL TONY AWARDS, LIVE and ONLY on Foxtel Arts, Monday, June 12 from 10am AEST
With a special encore screening Monday June 12 at 8.30pm AEST.