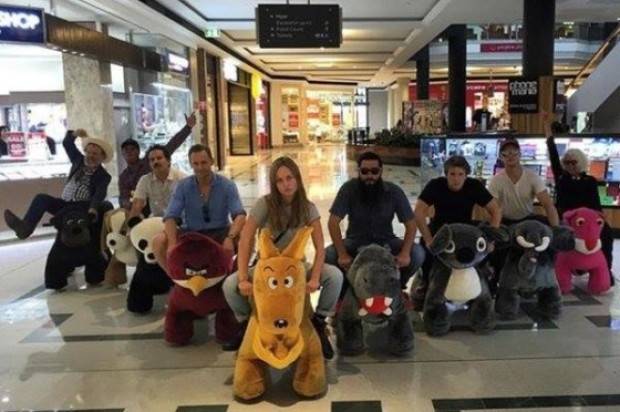 Hollywood celebrities on the loose in Gold Coast.

It was day 33 for owner operator Jon Eaves who had just begun a new business venture called “Animalls”, operating now in Sunshine Plaza, Strathpine and now Pacific Fair Gold Coast. This brought the owner to check up on what was happening there on Saturday 16th January at Pacfic Fair Centre, and little did he know that he was going to receive a visit by some of the biggest A listers who are in town for filming of “KONG:SKULL ILSAND“. 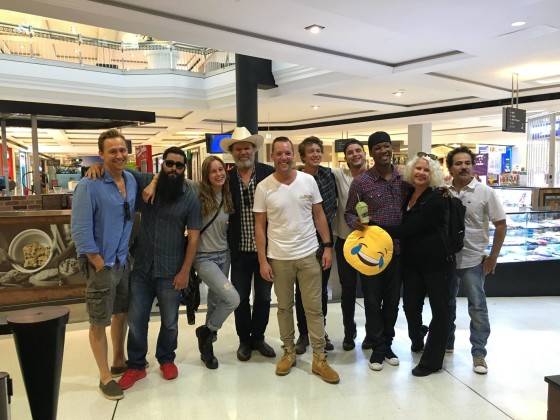 It was after 4.00pm he was approached by A lister actor and comedian John C. Reilly who asked if they could hire all of their animal scooters. At that stage he had to explain he did not have the amount of stock but if he came back after when they close around 5.30pm he would be happy to arrange this for them.” It followed up with the actor John C Riely who is known for many films like Gangs of New York, Step Brother and Guardians of the Galaxy, who said “you got a deal..” and added “we are in town at moment for a shoot filming Kong: Skull Island here on Gold Coast.” It was more so then owner of Animalls released all the famous heads behind him like Loki actor Tom Hiddleston, Brie Larson, John Ortiz, Corey Hawkins.

To the delight of Jon, John C Reilly came back wearing his Cowboy hat together with the rest of his crew. The owner said “I got you the Gorilla one and Reilly goes ‘what!’ Well you are in the King Kong film and thought that would suit you.” A lister Actress Brie Larson was given the Kangaroo scooter who then became the leader of the gang in what was going to be a hoot of fun. “With that they all ended up giving me their phones to take pics and videos”, which has been seem by millions so far on their social media. The publicity of this new business has been huge, driven by an idea that Jon Eaves saw overseas. 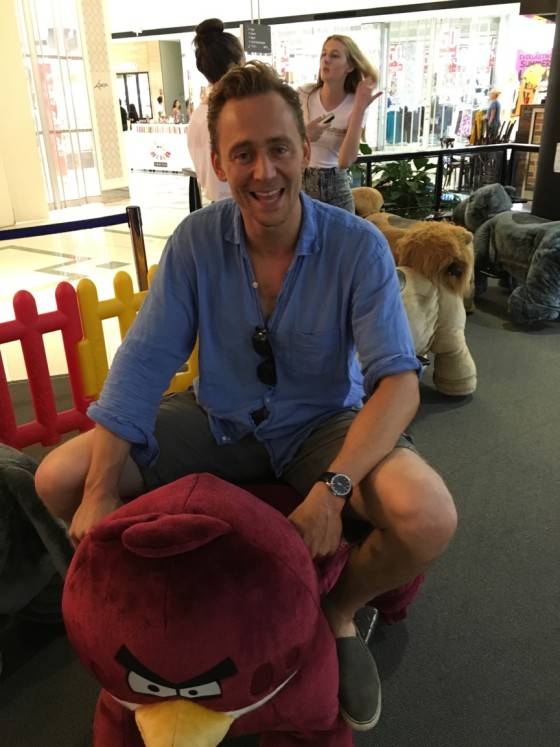 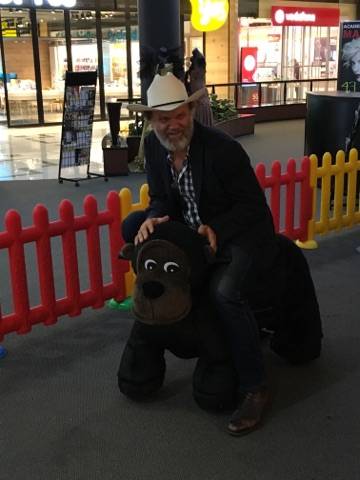 “They were all lovely and just the nicest bunch of people who were on the loose for a Saturday night outing” owner Mr Eaves said. “They later asked me where to go for dinner and I mentioned Koi, and Moo Moos, but Tom had been there the other day. They were wanting to explore a lot of things but were a bit out of town for some of them.”

Kong: SKULL ISLAND was filming on location at Stradbroke last week and is expected to be at Mt Tamborine this week.