One of the world’s biggest names in special event cinema – André Rieu – will be back in cinemas around Australia with a brand-new major production on December 15 and 16.

‘The King of Waltz’ will film a one-off concert at Sydney’s iconic Town Hall in November, during his Australian live tour, which will screen in cinemas to his millions of fans across the world in December (Australia & NZ) and January (Europe & North America).

Audiences Down Under will be the first in the world to enjoy this intimate concert with André Rieu and his Johann Strauss Orchestra, world class sopranos, The Platin Tenors and special guests – up on the big screen. The Maestro promises a magical concert experience with show tunes, classical music favourites, dance and plenty of surprises and festive fun.

“Australia is the second strongest performing territory for André Rieu in cinemas in the world and André has an incredible connection with his audiences in Australia. So, we thought it would be a special experience to film a one-off concert in the beautiful Sydney Town Hall while André and his orchestra are in Australia for their tour, but to make it

different from the other Australian live shows This intimate concert will become the next worldwide André concert in cinemas and will screen first in Australia and NZ in December.”

André Rieu’s Sydney Town Hall Concert – An Australian Celebration will be the Maestro’s second concert in cinemas for the year. In late July André Rieu’s 2018 Maastricht Concert: Amore – My Tribute to Love was #3 at the Australian Box Office for the weekend, behind Mamma Mia 2! and The Equalizer with a gross of $AUD1.3 million.

Tickets are now on sale for ANDRÉ RIEU’S SYDNEY TOWN HALL CONCERT – AN AUSTRALIAN CELEBRATION – in Australian cinemas for ONE WEEKEND ONLY – December 15/16 at 1pm* (duration approx.125 mins – no intermission). Participating cinemas at www.andreincinemas.com
*Whilst most cinemas will screen at 1pm on December 15 & 16, audiences should check their tickets to ensure their location is screening at 1pm.

TICKETS AVAILABLE AT THE BOX OFFICE OR ONLINE – ANDREINCINEMAS.COM 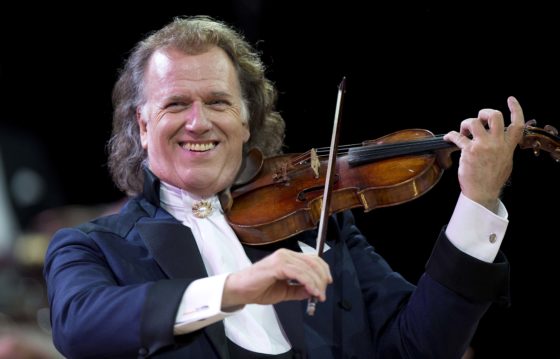