KIP GAMBLIN ANNOUNCED AS THE BODYGUARD 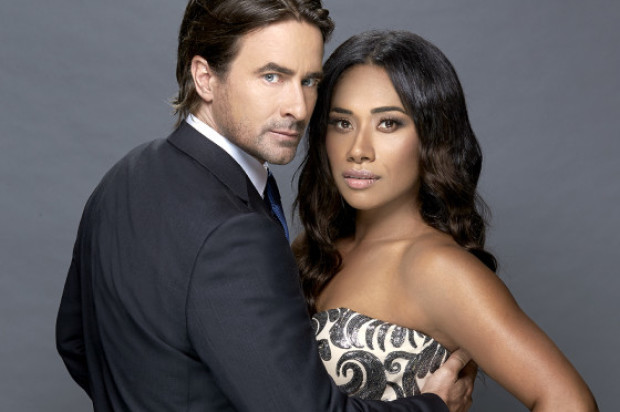 KIP GAMBLIN ANNOUNCED AS THE BODYGUARD

Producers Michael Harrison, David Ian and John Frost today announced that Kip Gamblin will be playing the title role of The Bodyguard, Frank Farmer, in the Australian tour of the international award-winning hit musical THE BODYGUARD. Kip is most known to Australian audiences for his roles in a wide range of television dramas including Home and Away, All Saints, Tricky Business, Dance Academy and most recently Neighbours. Kip later gained international acclaim for his performances in the BBC London’s drama series Casualty where he spent two years working as a series regular.

Kip joins previously announced stars Paulini as Rachel Marron and Prinnie Stevens as Nicki Marron in the 2017 Australian tour, which commences at the Sydney Lyric Theatre on 21 April, before playing at the Lyric Theatre, QPAC, Brisbane from 19 July and the Regent Theatre, Melbourne from August.

“I’m thrilled to welcome Kip Gamblin to his first stage musical role. When he revealed very strong chemistry with Paulini during auditions, we knew we had found our ideal Bodyguard,” said John Frost on behalf of his co-producers. “With Paulini and Prinnie Stevens, two extraordinary performers, singing a soundtrack of incredible songs, audiences are sure to be enthralled. I can’t wait to get into the rehearsal room and watch the show unfold. I have no doubt Australia will fall in love with this iconic story and those soaring ballads all over again.”

Based on the smash-hit Warner Bros 1992 film written by the acclaimed, Oscar-nominated screenwriter Lawrence Kasdan (Raiders of the Lost Ark, The Big Chill, The Empire Strikes Back), THE BODYGUARD features a book by Oscar winner Alexander Dinelaris (Birdman).

Former Secret Service agent turned bodyguard Frank Farmer is hired to protect superstar singer Rachel Marron from an unknown stalker. Each expects to be in charge – what they don’t expect is to fall in love.

A ‘BRILLIANT!’ (The Times), breathtakingly romantic thriller, THE BODYGUARD features a whole host of irresistible classics including Queen of the Night, So Emotional, One Moment in Time, Saving All My Love, Run to You, I Have Nothing, Greatest Love Of All, Million Dollar Bill, I Wanna Dance With Somebody and one of the greatest hit songs of all time – I Will Always Love You.