KOOZA TO RETURN AND PREMIERES IN BRISBANE NOVEMBER 2016 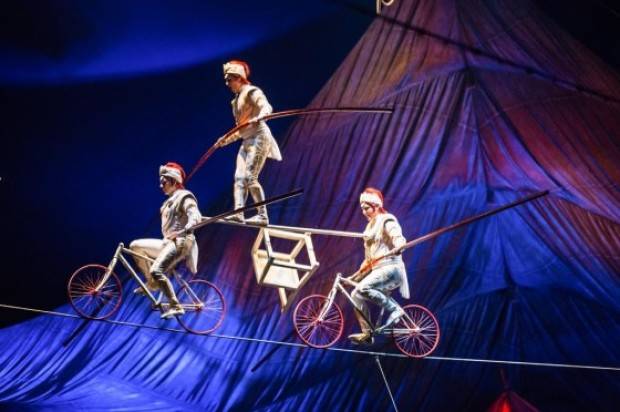 CIRQUE DU SOLEIL IS RETURNING TO BRISBANE WITH THE CRITICALLY ACCLAIMED

KOOZA PREMIERES IN BRISBANE ON NOVEMBER 24, 2016

Cirque du Soleil is delighted to announce the return of its trademark blue-and-yellow big top to Brisbane with an all-new production, KOOZA. A sparkling, colourful homage to the traditions of circus, KOOZA will open on Thursday, November 24 2016 for a limited engagement at Skygate Brisbane Airport.

About KOOZA
Cirque du Soleil rediscovers its origins with the company’s eighth Big Top show to tour Australia. A return to the intimate and fundamental human elements of circus, KOOZA combines thrilling acrobatic performance with the art of clowning. We follow The Innocent as he takes a journey of self-discovery through a comic kingdom of eccentric characters, electrifying thrills and out-of-the-box surprises. Presented in a colorful mélange, KOOZA springs open like a bejeweled toy box to capture the audience’s imagination and set their pulse racing. Sheer human effort – performance in its rawest, purest form – is showcased in all its splendor and fragility. The international cast of 50 acrobats, musicians, singers and actors present heart-stopping feats and laugh-out-loud antics to a live soundtrack fusion of jazz, funk and Bollywood beats.

“KOOZA is a show that blends, almost to perfection, its sub-continental sounds, its stunning lighting and costumes with theatrical ingenuity and acrobatic wonder.”
The Independent, London

“KOOZA, a back-to-basics affair, presents the usual rubbery contortionists, fearless tightrope walkers and other gravity-defying daredevils. But what is special about this new production is that Cirque introduces some carefully choreographed chaos and old-fashioned sideshow spark… the real pleasures are the genuinely funny clowns.” The New York Times

“… my heart stopped, I held my breath and even stifled a gasp.” The Daily Mail, UK

Tickets for Sydney, Brisbane and Melbourne on sale Friday February 19 at cirquedusoleil.com/kooza

MAKE THE NIGHT VIP ROUGE
The ultimate Cirque du Soleil experience with the best seats and access to the intimate VIP suite one hour before the show and at intermission, including delectable wines and hors d’oeuvres and take home souvenirs.