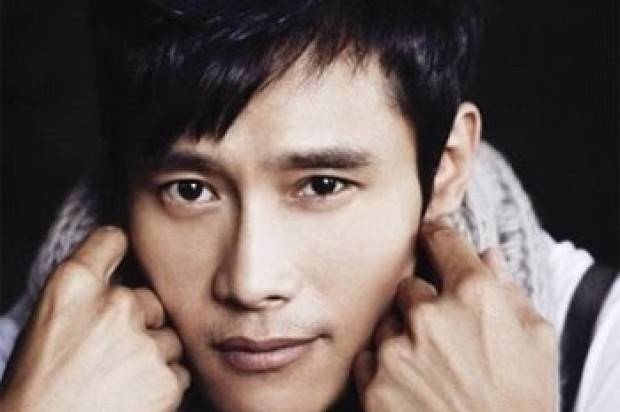 Seoul: Internationally renowned Korean actor Lee Byung-hun has today received the 2013 Asia Pacific Screen Award (APSA) for Best Performance by an Actor for his dual performance in the blockbuster Masquerade, after missing last year’s APSA ceremony due to film commitments.

Honoured at an event at the Australian Embassy in Seoul, Mr Lee was also inducted into the prestigious Asia Pacific Screen Academy – a growing body of 650 respected filmmakers – in front of Academy members and leading representatives from the Korean film industry, including producer and 2013 APSA FIAPF Award winner Lee Choon-yun.

The APSA’s are held annually in Brisbane, Australia, which is also the host city for the upcoming 2014 G20 Leaders’ Summit.

Brisbane-based APSA Chairman Michael Hawkins was in Seoul to present Mr Lee with his award and said APSA was very proud of its strong relationship with the Republic of Korea’s film industry.

“We value the opportunity to honour Mr Lee in his home country, which is a key player in the Asia Pacific region and produces high quality films which are very well represented in competition at APSA every year,” Mr Hawkins said.

“Over the past seven years, more than 100 Korean films have competed at APSA, winning 14 individual awards.

“The chairman of the Korean Presidential Committee for Cultural Enrichment, Kim Dong-ho, is the Patron of APSA and respected film educator Professor Hong-Joon Kim is the current Chairman of the APSA International Nominations Council.”

“Lee Byung-hun has received this award – his first APSA win – for his two starring roles, as a king and acrobat, in Masquerade, which was the fourth highest-grossing Korean film of all time, grossing more than $US80 million.

“We are truly honoured to formally present Mr Lee with his unique winner’s vessel in person.”

This year’s Asia Pacific Screen Awards will be held on Thursday 11 December, a month after Brisbane hosts the 2014 G20 Leaders’ Summit, of which the Republic of Korea is a member.

Brisbane is Australia’s new world city, a rising star in the Asia Pacific and a key economic development hub, considered as a world class destination for business, tourism and education.

Brisbane-based APSA partner Griffith University Film School is currently collaborating with Dankook University (Republic of Korea) and Beijing Film Academy (People’s Republic of China) on an unprecedented initiative which will bring together master student filmmakers from across the region to develop a cross-border feature film project which will be shot in Brisbane.

The initiative’s founder is APSA Patron and Dean of Dankook University’s Graduate School of Cinematic Content, Professor Kim Dong-ho, who says he is excited about the program.

“I think that it is very meaningful for the Griffith University and Dankook University Graduate School of Cinematic Content to embark on this joint project,” he said.

“This is a very important step in developing young emerging talents in the film industry of both countries through joint film-making so that they can grow into truly global talents.”

The 8th Asia Pacific Screen Awards are presented by Treasury Casino & Hotel and will be held in Brisbane’s City Hall.

They are supported by Brisbane City Council and managed by economic development board Brisbane Marketing in a unique collaboration with Paris-based UNESCO and FIAPF—International Federation of Film Producers Associations.

For more information on the awards visit www.asiapacificscreenacademy.com
For information on Brisbane, as the host city for the 2014 G20 Leaders’ Summit, visit
www.choosebrisbane.com.au