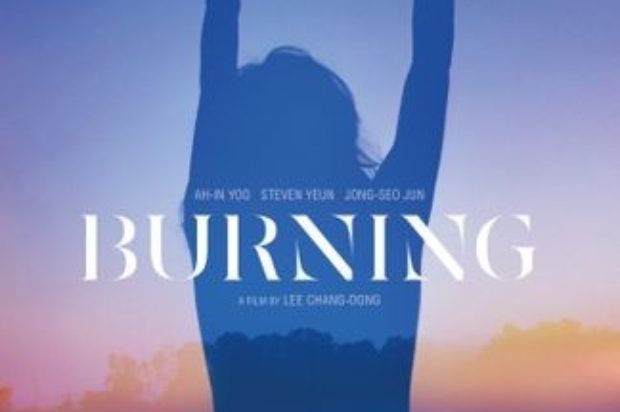 Burning is Based on: “Barn Burning”; by Haruki Murakami. Director is Lee Chang-dong was a former high-school teacher and an acclaimed novelist. He turned to cinema when he was over 40 years old. His debut film “Green Fish” (1997) brought immediate success and critical acclaim. ” With this film, he has directed beautifully as each scene is quite delicate and capturing with the 3 main characters who all have their own expressions that he has shown on camera.

Yoo Ah-In is a South Korean actor and creative director and very famous for what he has achieved so far in film, but here he plays the lead Lee Jo-soo and dominates the screen as a young man who now needs to live at his fathers home as he is in trouble with the law. As he is running a delivery job he runs into Hae-mi, played by Jong Seo Jun who is a standout as she acts out a girl who once lived in his neighborhood, and is attracted to Lee and she asks him to watch her cat while she’s out of town. When she returns, she introduces him to her new friend Ben, a man she met on the trip played by Steven Yeun who is described by Lee in the film as a Great Gatsby figure as he is a mystery to how he makes his money but has the good life which makes Hae -Mi attracted to him and he to her and they all begin to hang out together.

The sequences that follow next are interwinding of the three in which Yoo Ah In struggles with what is real and factual. The pace and the cinematography our pieced together so well and the outcome of this film is something that will leave you with conclusions of your own I feel.

I was mesmerized the whole time and can understand why it has received critical acclaim and awards. There are some very unique scenes and some amazing angles and this is a film that needs to be seen.