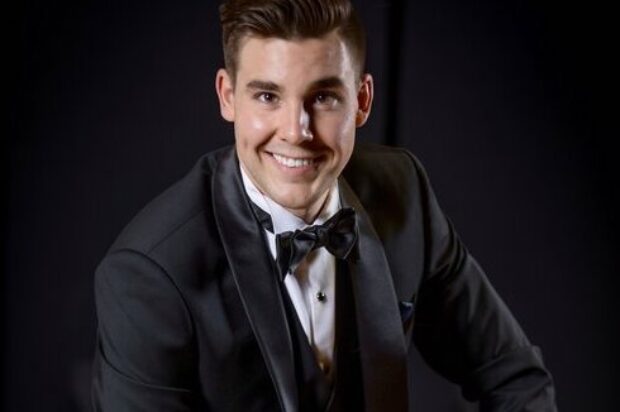 “ANTEMONOTONIE” is a debut variety concert produced by Kristian Scott – The Baritone Productions, featuring some of Brisbane’s newest and finest musicians, including: Camilo Lopez, Ji Zhang, Maria Woolford, Kristian Scott, vocal ensemble Seren8 and pianist Jasmine Buckley. This show is unique in that the pieces performed have been chosen specifically by each of the performers – independent of the producer – creating a diversity in music that ranges from the lyricism of Mozart, the Broadway ballads of Roger and Hammerstein, all the way through to a Chinese song with poetry written 1500 years ago. Monotony is defined as a lack of variety – the repetition of a tedious timetable or routine. If there is a way to define the past three years of pandemic life, well… “monotonous” is it. “ANTEMONOTONIE” is a concert that aims not only to elevate us from our fastidious rituals, but allow our young rising talent to perform on stage after what has been a difficult few years.

Nine distinguished musicians represent some of the rising talent from the Griffith Conservatorium and University of Queensland School of Music. Across the cast, notable acheivements include repeat appearances with Opera Queensland, Gold Coast Opera, Brisbane Concert Orchestra, Brisbane City Orchestra, Brisbane Philharmonic Orchestra, and the Seven Sopranos. Several members of the cast have also secured major awards, including the Margaret Nickson Prize, Ethel Osbourne Prize and the Donald Tugby Memorial Prize for Musicology.