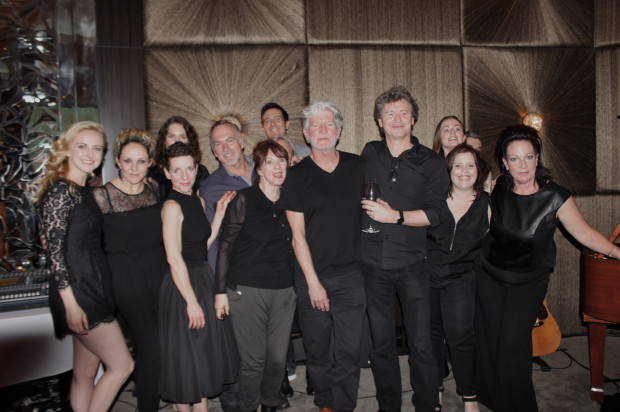 New Aussie Musical in the Black.

The Queensland Theatre Company’s new Aussie musical, Ladies in Black, stretches across its two-hour 10 minute running time likes a mosaic of the social and domestic times it reflects.

Madeline St John’s best seller, The Women in Black, adapted for the stage by Carolyn Burns (writer) and Tim Finn (composer), is a lightweight, charming insight into the lifestyles, values and aspirations of women working in a Sydney department store at the end of the 1950s. They may well wear uniform black as sales assistants in the cocktail dress department of Goodes, but their lives, on the cusp of a changing world are anything but drab.

We enter the store with gifted school leaver Lisa (Sarah Morrison), who aspires to be a poet in a world where her parents rule the roost, and quickly learn of her adolescent conflict.

She wants to go to university, but her parents – typical of the era – see her in a more mundane role as secretary, wife and later mother.

In the story she meets a swag of characters, who represent the norms of their time, including a married woman Patty (Lucy Maunder), who is desperate to have a baby, a single woman Fay (Naomi Price) in danger of being left on the shelve, and Miss Jacobs (Deidre Rubenstein) who lost her beau in the Great War. 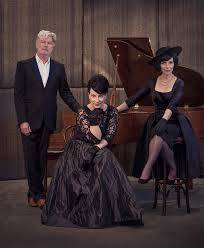 They all represent almost classical types of their time, seemingly trapped in at least a bad dream, but Ladies is nothing if not a theatrical fairy tale and there’s good witch waiting in the wings.

The game changer comes in the shape of Hungarian refugee Magda (Christen O’Leary) whose initial presence is somewhat disquieting – maybe not as traumatic as today’s encounters – but even a little stormy weather brings its own rainbow.

We fellow the lives of these working women over the Christmas period and watch them cope with their minor battles barracking for the happy endings, I believe we desperately need at present.

Ladies in Black may seem unreal, and somewhat clichéd, but it’s just right as an anecdote for the world we are living in today.

Carolyn Burns’ delightfully witty and intelligent script gives all the characters an ‘up there where we belong’ feel, while Tim Finn’s songs brighten up the whole work and infect the theatre. Meanwhile, it is all brought together magically under the wand of director Simon Phillips.

These are creatives who have the runs on the board as Burns is known for plays including her stage adaptation of High Society, Finn for bands Split Enz and Crowded House and Burns’ husband, Simon Phillips, for the stage version of Priscilla, Queen of the Desert.

If you are looking around for something to make you feel nostalgic for the past, comfortable with the present and optimistic about the future then Ladies in Black is a must see show.

Everything – the cast, the six-person band, the sets and the fabulous costumes – come together like a beautiful summer’s day picnic in the park.

Ladies in Black, which will be heading to Melbourne next year, marks a fitting finale to the year and Wesley Enoch’s tenure as artistic director.