Eddie Ifft Jupiters Casino The Kransky Sisters by Caroline Russo | on February 24, 2014 | 0 comments | in Whats the Buzz | Like it 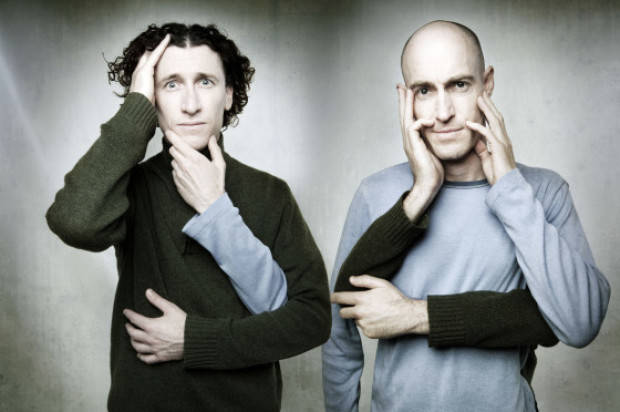 International Festival Favourites On The Bill for

A cracking line-up of international comic superstars has been confirmed to join home-grown duo, the Umbilical Brothers, for the third instalment of Jupiters Hotel & Casino’s hit comedy series Laugh Your Pants Off on Saturday March 22.

No strangers to the international comedy festival circuit, America’s Eddie Ifft, Scotland’s Kevin Bridges, Britain’s Jeff Green and Jimmy McGhie, and the Umbilical Brothers will take to the Jupiters Theatre stage for one night only. Aussie laughs will also be supplied by musical trio The Kranksy Sisters, and popular local acts Melinda Buttle and Kat Davidson.

Jupiters Hotel & Casino’s Managing Director, Aaron Gomes, said the team continues to focus on luring the finest comedians to the venue with demand so high for another instalment of Laugh Your Pants Off following last year’s sell-out shows.
“Our Laugh Your Pants Off series is going from strength to strength and this time we’re upping the ante, not only bringing some of Australia’s favourite jokers to the Gold Coast, but some of comedy’s hottest international stars too,” he said.
“Once again we’re excited to be offering both locals and tourists the chance to witness a stellar line-up of comedy masters in action, in what promises to be a night of pure entertainment and non-stop laughs.”

For more than two decades, the Umbilical Brothers have left audiences worldwide in awe of their animated brilliance as they twist theatrical rules and everyday situations into comic genius.

With sold-out shows across the globe, multi-platinum award-winning DVDs, appearances on hit TV shows including a performance on Jay Leno alongside Robin Williams, the “Umbies” have earned themselves a reputation as one Australia’s greatest comedic exports.

Comedian, actor and writer, Eddie Ifft, has headlined sold-out shows in 15 countries, released successful CDs and DVDs, is the star of one of the highest-rating and most talked about comedy podcasts and has performed with comic heavyweights Dave Chapelle, Jerry Seinfeld and Chris Rock.

At just 27, Scottish young gun, Kevin Bridges’ ride to the top has been a whirlwind. He quickly shot to comic stardom after selling out his run at the Edinburgh Festival in just one day, outselling Billy Connelly in his debut DVD and smashing box office records for opening day ticket sales for his 2012 tour.

Award-winning funnyman Jeff Green is no stranger to the international comedy circuit or the silver screen with regular appearances on both British and Australian TV. As well as boasting an extensive festival and touring stand-up repertoire, Green has performed for scores of high profile corporate clients and is on high demand in the UK, Europe and Asia.

The Kransky Sisters’ disturbing yet endearing homespun versions of popular tunes and darkly funny tales of rural Australia, have earned the eccentric trio an impressive string of accolades. Featuring anything from the tuba and tambourines to a kitchen pot and toilet brush, this off-beat musical act has proven a favourite on the festival circuit.
Tickets to Laugh Your Pants Off are $55 with dinner and show packages from $65, and go on sale 9am Friday February 21 through Ticketek at ticketek.com.au or on 132 849.