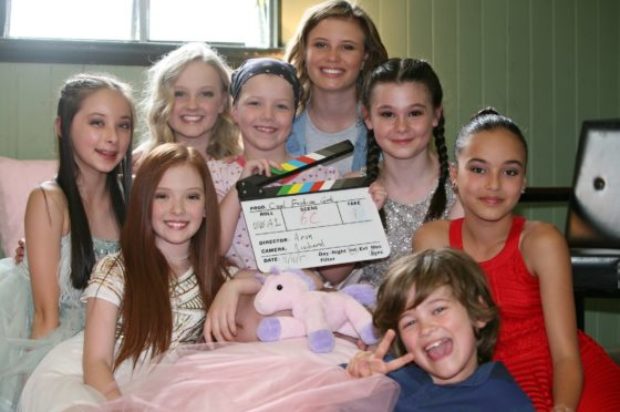 Get snapped for socials pics and come support Make A Wish Foundation.

All happening on Saturday 12th May 2018 Dendy Cinemas Portside.

Cool Fashion Girls is a funny, sad, cheeky, high quality short film and best of all it was written by talented 9-year-old Charlotte Stent who also features in the film. Cool Fashion Girls short film was filmed as part of a children’s film mentor workshop where the motto ‘pay it forward’ was embraced by the hard-working film crew who wanted to give something back to future filmmakers. During the children’s film workshop all the kids who were not acting were allocated a film crew buddy and they had turns at different crew roles such as director, 1st AD, sound, art director, and clapper giving these talented actors a unique experience. This is your chance to see Cool Fashion Girls Short Film on the big screen before it hits the film festivals. See you there!

For tickets go here to purchase $10.00 all profits go to Make a Wish https://www.stickytickets.com.au/66115/cool_fashion_girls_short_film_vip_screening.aspx