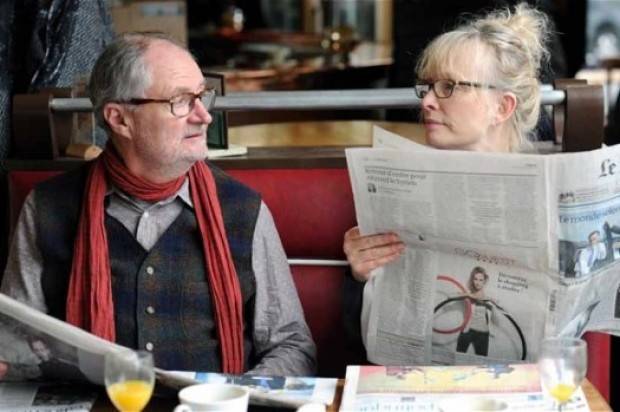 On Centre Stage is about to spin-off in a new direction with podcasts under the umbrella title of Radio Spin.
Radio Spin was the title of a show I created and recorded with my good friend Brett Debritz a couple of years ago, featuring an intrepid jock called Mark McMainstay.
I hope to publish (some of) them in the On Centre Stage column in the near future, but in the meantime will be using Radio Spin for interviews, launches and film reviews.
This first outing is a review of the new movie Le Week-End starring Lindsay Duncan, Jim Broadbent and Jeff Goldblum.
Duncan and Broadbent play a rather disgruntled couple who head to Paris for the weekend in a bid to rekindle their 30-year-old marriage, which is on life support.

The piece has been directed by Roger Michell of Notting Hill fame and despite its bitter sweet quality is surprisingly entertaining.
I ended up giving it a 3`1/2 out of five rating but I won’t say any more as I don’t want to steal my own thunder. I will continue to publish written pieces in this new mix.