ACORN TV AMC Shudder streaming channels by Caroline Russo | on November 9, 2021 | 0 comments | in Entertainment | Like it

NEW SERVICE INCLUDES ACCLAIMED ORIGINAL SERIES SUCH AS THE BEAST MUST DIE,
ULTRA CITY SMITHS, ANNA AND UPCOMING AUSTRALIAN PRODUCTION FIREBITE
ALONGSIDE A CURATED LIBRARY OF FILMS AND SERIES

Shudder offers the best selection in genre entertainment, covering horror, thrillers and the supernatural, from Hollywood favorites and cult classics to original shows and critically-acclaimed new original movies. Popular series include Creepshow, The Boulet Brothers’ Dragula, Behind the Monsters and Slasher: Flesh and Blood, and exclusive films include Horror Noire, V/H/S/94, Seance and Jakob’s Wife, among many others.

Courtney Thomasma, General Manager of AMC+, commented, “AMC+ offers viewers thousands of hours of acclaimed and award-winning series, including our signature dramas, wildly original comedies, and compelling true crime series, along with an exciting collection of new and independent films. With exclusive AMC+ Originals like The Beast Must Die, Ultra City Smiths, Firebite and Anna along with access to the incredible line-ups from Shudder and Acorn TV, the bundle brings thrilling, thought-provoking stories and iconic characters together through one subscription. We are excited to bring our slate of original programming directly to Australian audiences for the first time through Apple TV channels and Prime Video Channels.”

Subscribers through Apple TV channels can watch AMC+ online or enjoy offline downloads of their favourite shows and films on the Apple TV app. Through Family Sharing, up to six family members can share subscriptions to Apple TV channels using just their Apple ID and password.

AMC+ features a wide range of dramas, comedies, mysteries, thrillers, horror, true crime and documentaries from AMC Studios and other leading producers and distributors. The following programming is available to Australian audiences for the first time exclusively through the streaming service.

The Beast Must Die – The six-part AMC+ Original revenge thriller starring BAFTA Award-winning and Emmy Award-nominated actor Jared Harris (Chernobyl, Mad Men) and Critics’ Choice nominee Cush Jumbo OBE (The Good Wife, The Good Fight) is based on the novel by Nicholas Blake (pseudonym of Poet Laureate Cecil Day-Lewis CBE). IndieWire called the series “an intense and reflective tale of grief, vengeance and privilege” that is “impossible to stop watching.”

After learning the police investigation into the fatal hit and run of her young son Martie has been dropped, Frances Cairnes (Jumbo) takes matters into her own hands. Posing as a novelist researching a new murder-mystery, Frances ingratiates herself with the family of George Rattery (Harris), the man she suspects is responsible, and sets a plan in action to kill him. She’s tracked by detective Nigel Strangeways (Billy Howle, ​The Serpent, MotherFatherSon), who has reason to believe his department covered up George’s involvement in the incident. Suffering from PTSD following the recent death of his partner, Strangeways throws himself into pursuing justice for Martie. But when he discovers an “undercover” Frances living with George and his family, he finds himself working to both prove George’s guilt and head off Frances’s plans for revenge before anyone else dies. New episodes premiere each Thursday.

Created and written by Australia’s most celebrated Indigenous auteur voice, Warwick Thornton (Samson and Delilah, Sweet Country), who also directs along with Brendan Fletcher (Mad Bastards) and Tony Krawitz (The Tall Man, Dead Europe), Firebite is set in a remote desert mining town, a hive for the last vampire stronghold shipped from Britain to Australia in 1788 by the colonial superpower to eradicate the Indigenous populations. Sheltering from the sun in the underground mines and tunnels that surround the town until the present day, the colony’s numbers and hunger is growing. War is coming. Tyson and Shanika stand vanguard to the war. But what hope do an expertly reckless man full of bravado and a 17-year-old orphan possibly have to defeat these vicious blood-thirsty parasites, when legions of warriors before them have failed? The series is a co-production between AMC Studios and See-Saw Films and is comprised of eight, one-hour episodes. Premieres 16 December with new episodes each Thursday.

Anna – This AMC+ Original Limited Series tells the dystopian story of a world ravaged by a virus which kills adults but spares children, written and directed by Niccolò Ammaniti (who authored the critically-acclaimed and best-selling novel of the same name). Set on the island of Sicily, the crumbling hulks of shopping malls and abandoned cities pierce deserted wide-open spaces in a world reclaimed by nature and run by savage communities of survivors, most of whom are children. Anna (played by newcomer Giulia Dragotto) only has one guide: a book left by her mother with instructions on how to survive. But, with each passing day she discovers that the old rules no longer apply and instead has to devise new ones as she goes along. Wired called the Italian language drama “a shocking and visionary series.” Premieres 18 November with new episodes each Thursday.

The Restaurant – As WWII ends, a brighter future beckons. In the midst of Stockholm’s celebrations, two strangers share a quick kiss and then immediately part company. Upper-class Nina (Hedda Stiernstedt) and kitchen hand Calle (Charlie Gustaffson) don’t yet know that their brief encounter will lead to tumultuous consequences. Drawing comparisons to Downtown Abbey, this award-winning family saga is one of Sweden’s most successful shows ever. Seasons 1-4 available at launch.

The Swell – The most powerful storm in history is heading towards The Netherlands and Belgium where flooding will threaten millions of lives. A gripping Dutch miniseries starring Gijs Scholten van Aschat, Janni Goslinga and Simone Milsdochter. Full series available at launch.

Ultra City Smiths – This six-part AMC+ Original series unfolds via stop-motion animated baby dolls repurposed as a grown-up cast of characters. From AMC Studios and created by Steve Conrad (Patriot, Perpetual Grace) and Stoopid Buddy Stoodios (Robot Chicken), the series hinges on an investigation into the mysterious disappearance of fictional metropolis Ultra City’s most famous magnate, Carpenter K. Smith (Kurtwood Smith, That 70’s Show). Two intrepid detectives, David Mills (Jimmi Simpson, Westworld) and Gail Johnson (Da’Vine Joy Randolph, Dolemite Is My Name) follow the case, rallying to fight against their city’s dangerous corruption, at a high cost to themselves and their families and in pursuit of a gentler place to call home.

True Crime Story: It Couldn’t Happen Here – New York Times Best-Selling Author Hilarie Burton Morgan visits different small US towns to shine light on the ways crime impacts rural communities and their judicial systems. Too often the heartbreaking events in these towns are overlooked because they lack the media platforms and advocacy resources found in larger cities. In each episode, Hilarie hears the facts of the case from family members and local insiders to understand the challenges the community faced investigating the crime, learns the lasting impact the crime has had on the fabric of the town, and calls attention to where justice currently stands. Full series available at launch.

True Crime Story: Indefensible – Academy Award nominee Jena Friedman travels the US to unspool real cases on the ground, but unlike most true crime shows, this one doesn’t end when the criminal gets locked up. Jena finds there’s always more to the story and drives to a different outcome beyond the simple whodunnit. Using her unflinching comedic point of view and disarming interview skills, Jena uncovers the “why” and “how” not only of crimes themselves, but of the dysfunction within the criminal justice system. Full series available at launch.

Cold Blooded: The Clutter Family Murders – The docu-series – produced and directed by acclaimed filmmaker Joe Berlinger – focuses on the brutal murder of the Clutter family in a small Kansas town in 1959. The resulting investigation, convictions and executions of Perry Smith and Richard Hickock were chronicled in Truman Capote’s landmark book, In Cold Blood. Full series available at launch.

Ministry of Evil: The Twisted Cult of Tony Alamo – Dive deep into the cult you’ve never heard of before. This docu-series chronicles the life and crimes of televangelist turned cult leader Tony Alamo. By skirting the law and enforcing a code of silence among their followers, Tony and his wife Susan came to wield unimaginable power, becoming millionaires on the backs of their believers. Full series available at launch.

No One Saw a Thing – The series examines an unsolved and mysterious death of a resident in Skidmore, Missouri in 1981. When the town bully was shot dead vigilante style in front of almost 60 people, everyone claimed they didn’t see a thing. Since that crime, a peculiar strain of violence set in within the town and surrounding area over the years. Full series available at launch.

The Preppy Murder: Death in Central Park – The series examines one of the most infamous crimes in recent American history – the 1986 killing of Jennifer Levin in Central Park at the hands of Robert Chambers. The series exposes evidence that was inadmissible in the trial and also examines the circumstances that made the story unfold the way it did: America’s untamed ambition in the mid-1980s, the rarefied lifestyle of New York’s privileged prep school kids, sexism, elitism, an all-out tabloid media war that blamed the victim and an imperfect justice system. Full series available at launch.

Hip Hop: The Songs That Shook America – Each episode of this series focuses on a groundbreaking song pivotal to the evolution of American music and culture, including tracks by Kanye West, Queen Latifah, Run-D.M.C. and Kendrick Lamar. Artists, their collaborators and other influential musical and cultural figures deconstruct compositions, revisit the impact the song had on them personally, and dissect the socio-economic and cultural conditions that inspired the landmark work and gave voice to a generation. Full series available at launch.

Ride with Norman Reedus – From the network that created The Walking Dead, star and motorcycle enthusiast Norman Reedus hits the open road in this travel documentary series with a riding companion to explore different cultures and experience the best scenery, food, nature and local activities around the world. Guest riders include current and former co-stars from The Walking Dead such as Andrew Lincoln, Melissa McBride, Jeffrey Dean Morgan and Steven Yeun and many other celebrities. Seasons 1-5 available at launch.

AMC+ also features a wide selection of critically-acclaimed, award-winning scripted and unscripted series that will be rolling out on the service during the month, including Mad Men, The Son, Manhattan, Magic City, Riviera, This Close, Portlandia, Benders, Comedy Bang! Bang!, The Birthday Boys, Eli Roth’s History of Horror, Jonestown: Terror in the Jungle, and a curated selection of critically-acclaimed independent movies from IFC Films and new horror thrillers from Shudder.

Acorn TV and Shudder are also available as standalone streaming services at $6.99 per month each on Prime Video Channels and Apple TV channels on the Apple TV app in addition to being available at no extra cost as part of the AMC+ premium subscription bundle. 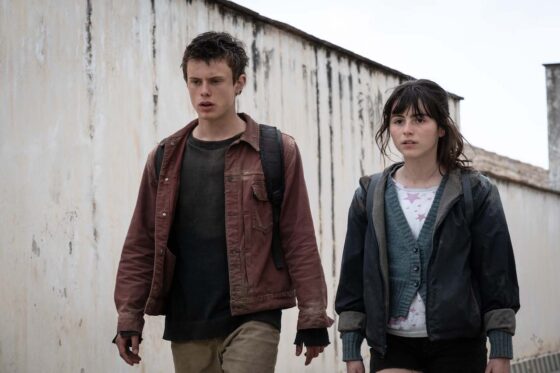