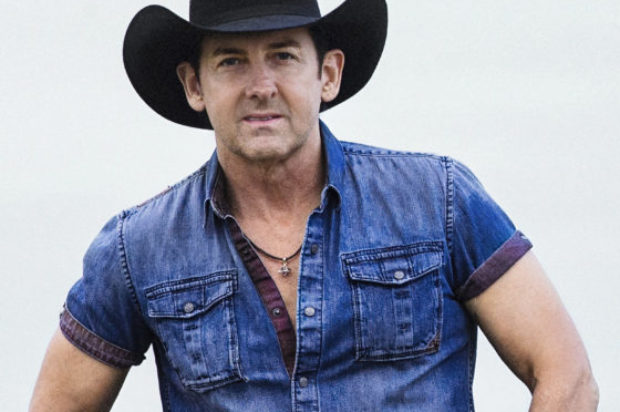 TO PERFORM & HONOURED WITH HALL OF FAME AWARD

The 7th Annual CMC Music Awards, Country music’s night of nights and the only fan voted country music awards in the southern hemisphere, gives fans the opportunity to vote for their favourite Australian and international country artists. The awards will take place for the first time at The Star Gold Coast (currently Jupiters Gold Coast and transitioning to The Star Gold Coast early 2017) and will be broadcast LIVE on Thursday March 23 at 8.30pm AEDT on Foxtel’s CMC.

Music legend Lee Kernaghan has earned his place as one of Australia’s leading contemporary music artists who has made a huge impact on country music in Australia, creating a new musical landscape for the genre when he burst onto the scene in 1992.

As a multi-platinum artist, Lee has dominated the charts with successive hit albums – including ‘Outback Club’, ‘Three Chain Road’, ‘1959’, ‘Hat Town’, ‘Electric Rodeo’, ‘The New Bush’, ‘Planet Country’, ‘Beautiful Noise’ and his most recent ‘Spirit Of The Anzacs’.

Lee has sold over 2 million albums in Australia, 34 # 1 hits on the Australian Country Charts, 36 Golden Guitar Awards and four ARIA Awards including last year’s Outstanding Achievement ARIA Award and is a former Australian of the Year.

Coinciding with the 25 Year Anniversary of Lee’s debut album – ‘Outback Club’ (1992), which included his signature song ‘Boys From the Bush’ and his second #1 hit ‘High Country’, the CMC Music Awards 2017 will celebrate the road paved by Lee Kernaghan by honouring him with the CMC Hall of Fame Award which recognises artists who have had an impact on Australian country music beyond their own.

This year sees a very special album release via ABC/UMA titled ‘The 25th Anniversary Album’ set for release March 24, the day after the CMC Music Awards. The album features Lee who is joined in studio with some of Australia’s finest Country acts including Kasey Chambers, John Williamson, Troy Cassar-Daley, James Blundell, The Wolfe Brothers, Adam Brand, The McClymonts and Lee’s wife Robby.

Lee Kernaghan said: “The CMC awards are a spectacular event in the way they bring together some of the hottest music artists from around Australia and the world for a star studded night of high octane country music. The awards are voted by the fans which really adds to the excitement & atmosphere on the night. I’m really pumped and excited to launching my new 25th Anniversary Album with a song at the awards and then hitting the stage with The Dixie Chicks at CMC Rocks on Sunday night. There’s no doubt, South East QLD will be the centre of the Universe when the Awards and CMC Rocks hit town.”

For the third consecutive year, five-time CMC Music Award winner and face of the channel MORGAN EVANS will host The 7th Annual CMC Music Awards. Morgan will be returning to the CMC Music Awards stage direct from his home in Nashville, where he has relocated to write and record the follow up to his acclaimed #1 self-titled debut album. He is joined by a stellar line-up of country music’s finest international and local artists with a further artist to be announced in the coming weeks.

You can vote for your favourite country artists in this years’ Annual CMC Music Awards via countrymusicchannel.com.au and have the chance to win weekly cash prizes and a grand prize of a VIP trip to attend the CMC Music Awards, which includes return economy flights, accommodation and premium seated tickets to the Awards. Full Terms & Conditions are available on the website.

The 7th Annual CMC Music Awards kick off a star studded week in country music with CMC Rocks QLD 2017, Australia’s premiere Country and Roots Festival to follow. Now in its epic tenth year, CMC Rocks will feature performances by Global superstars Dixie Chicks who headline the Festival and who will be joined by a first class international and local performance line up including Little Big Town, Kip Moore, Lee Kernaghan and many more.

Following the LIVE broadcast on CMC, the 7th Annual CMC Music Awards will be available to watch on demand, via Foxtel Anytime on internet connected iQ boxes. Customers can also stream the documentary on demand on Foxtel Play or Foxtel Go. Foxtel Go is included in all residential and Foxtel play subscriptions at no extra cost.