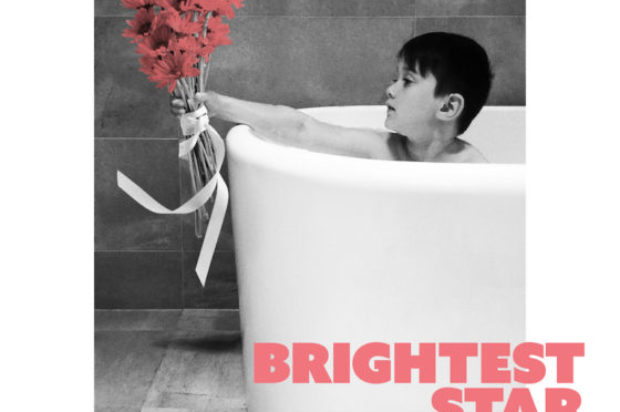 SINGLE
The extraordinary impact of his runaway hit single Turn This Love Around, which made the US Billboard Top 20 earlier this year, has helped Michael Burrows strengthening his standing as the Australian singer-songwriter to watch in 2019. Brightest Star is his latest release and sure to replicate the success of his earlier singles. The song is a heart-stirring dedication to the power of love and human connection, performed with an emotional force that underpins a touching lyric. The sound is organic and warm, the melodies are infectious and the message is enduring. The track was produced by Frank Myers and Jimmy Nichols and recorded by Steve Marcantonio at Ocean Way Studios in Nashville.
Catch Michael Burrows live as he joins The Phil Edwards Band and Peter Senior on their Let It Rain Tour, a series of shows during May in support of Drought Relief. INGLE
Following on from the amazing success of As It Goes The Phil Edwards Band is back with Heart Of Mine, the third single from their forthcoming second album. The new track is a rollicking and joyous piece of alt-country, with the band’s energy and dynamism the perfect foundation for Phil’s reflective lyric and warm, earthy vocal performance. Despite the freewheeling nature of the sound and production the song still harnesses an emotional power through relatable subject matter, as well as highlighting the country elements of the band’s wide-ranging style. As Phil says about the band’s songs, ‘They’re more about the feel, and the message I’m trying to release from within myself’. And the message here is loud and clear and sure to help The Phil Edwards Band attract larger audiences and build on the incredible radio support they’ve recently received. Catch The Phil Edwards Band live as they join Michael Burrows and Peter Senior on their Let It Rain Tour, a series of shows during May in support of Drought Relief.
Heart Of Mine is at radio today and available to download in May. SINGLE
Peter Senior continues his run of great single releases with his latest Soft Rain, yet another sure-fire smash off his album On The Edge, which was mixed in LA by Brian Reeves (U2, The Jonas Brothers, Miley Cyrus). Following on from the unanimous praise he received for his last hit Little Lovin, Soft Rain yet again highlights the singer-songwriter’s extraordinary gifts for writing big contemporary retro pop tunes with a theatrical edge. Soft Rain is Peter’s country-inspired ode to the Australian bush, with his personal connection to the land clearly on show. As Peter says about the inspiration for the track, ‘What if someone had to leave the valley due to foreclosure on their property? I can certainly relate to the love of the bush and financial pressure’. It’s a song with heart and a social conscience that’s certain to attract a lot of attention at radio and online.
Catch Peter Senior live as he joins Michael Burrows and The Phil Edwards Band on their Let It Rain Tour, a series of shows during May in support of Drought Relief.
Soft Rain is at radio today and available to download in May.