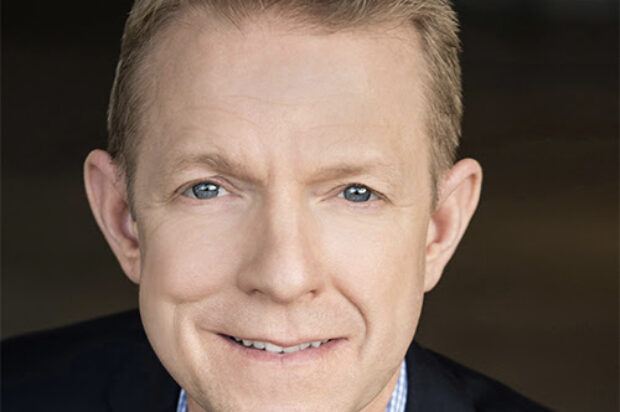 Kevin Beggs, Television Group Chair of global content leader Lionsgate (NYSE: LGF.A, LGF.B), has been elected Chair of BANFF’s Board of Directors. He succeeds renowned executive Randy Lennox who served as Chair of the Board for three years.

“As a longtime Board member and participant in this prestigious and exciting festival, I’m deeply honored to be named Chair of BANFF’s Board of Directors,” said Beggs. “BANFF brings together the best of the best of the international screen industry and content producers from all corners of the globe. I look forward to continuing to work with the incredible BANFF team in making BANFF the must-attend television event of the year.”

“One of the industry’s most respected executives, Kevin has been a long-time board member and a genuine champion of the festival in Hollywood and around the world. It’s an honour to welcome him as our new Chair. His creative vision and passion for the business is a perfect match to help us to continue delivering on the festival’s mandate to grow and serve the industry,” said BANFF’s Executive Director, Jenn Kuzmyk. “We thank Randy for his years of service leading the Board of Directors. His enthusiasm and innovative thinking have helped us reach new heights, including celebrating the festival’s milestone 40th anniversary and helping us to rise to the challenges caused by the pandemic.”

“I couldn’t think of a better addition and champion of BANFF than the extremely talented Kevin Beggs to take over as Chair of the Festival,” commented Lennox. “I’m thankful for having the opportunity to work with the incredible group of board members, Executive Director Jenn Kuzmyk and the team at Brunico led by Russell Goldstein. I can’t wait to see what the team will achieve under Kevin’s tenure in what I’m sure will be next level content innovation.”

A 23-year veteran of Lionsgate and a member of its corporate senior management team, Beggs has spearheaded the strategic expansion of the Company’s television production operations into one of the largest independent television businesses in the world. In 2018, Beggs was also named Lionsgate Chief Content Integration Officer responsible for overseeing the Company’s “Lionsgate 360” efforts, the cross-collaborative approach to developing new content from iconic Lionsgate intellectual properties across all of its businesses, including the 1619 Project initiative.

He is the recipient of the Alliance for Children’s Rights’ 2019 “National Champion for Children Award,” Operation Smile’s John Connor Humanitarian Award, The Help Group’s Teddy Bear Humanitarian Award, Clayton Children Museum’s “Discovery Award,” and the Broadcasting & Cable 2014 Innovation Award. In October 2017, he was inducted into the Broadcasting & Cable Hall of Fame. Beggs has served on the Board and Executive Committees of the International Academy of Television Arts & Sciences, the Los Angeles Paley Center for Media and the National Association of Television Program Executives (NATPE), serving as its Chairman for four years. Beggs is currently a Board member of the homeless youth center My Friend’s Place, Cayton Children’s Museum, Southern California Public Radio, and Green Dot Charter Schools.

Celebrating its upcoming 43rd year in 2022, BANFF attracts the world’s top creators, producers, showrunners, talent, networks, studios, streamers, press, and media companies. The festival’s Rockie Awards International Program Competition is one of the largest awards programs of its kind with participation from more than 56 countries and 150 senior industry jurors from around the world. The festival’s renowned Rockies Gala Awards honour some of the most influential creators and executives in the industry in a star-studded evening of entertainment and celebration.

In addition to its Festival programming and marketplace, BANFF continues to deliver important fellowships and initiatives including The BANFF Spark Accelerator for Women in the Business of Media, supported by the Government of Canada which will empower up to 200 Canadian women entrepreneurs to launch and grow their own sustainable businesses within the screen-based industries as well as the Netflix-BANFF Diversity of Voices Initiative, a program that jumpstarts and accelerates the careers of up to 100 Black, Indigenous and people of colour producers and creators each year. .