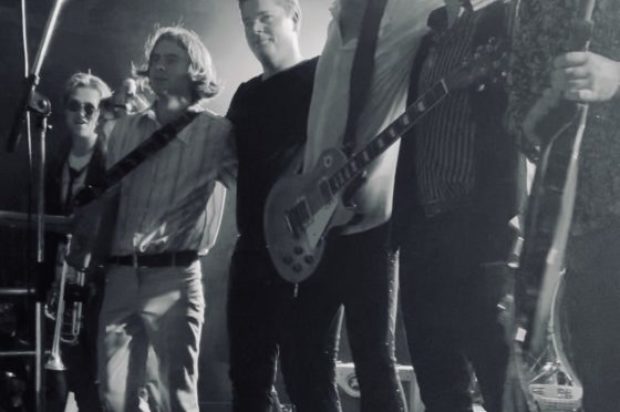 The final stop on the hectic 3-month independent tour of Australia to promote the single “Don’t you forget about me” the gig at The Zoo was touted as the “Single Tour Homecoming “and it did not disappoint. Tour highlights included playing the Delta Stage at the Byron Bay Blues Festival, a long and arduous trail culminated with the sell-out date at the Zoo.

Brisbane band Port Royal formed in 2015 having a shared love of classic rock with influences ranging from The Rolling Stones, The Beatles and Oasis. The Aesthetic is definitely a cool rock vibe think Mick Jagger and Lenny Kravitz.
A loyal following of dedicated fans crowded the stage area in anticipation, once on stage the tunes rocked the venue with the crowd pushing and jostling to get ever closer to the stage. These local lads have built a following by playing relentlessly and by turning it up at every gig, the energy is almost palpable and the crowd knows them by name reaching out to touch them heart and soul.

Frontman and Rhythm Guitarist Lawson Doyle has loads of charisma and is a star in the making, his onstage rock star antics such high kicks and Jumps are a spectacle to behold. The other talents in the band are Connor Arnold (Drummer), Liam Morton (Lead Guitar ) and Sam Shepherd ( Bass Guitarist and Keyboard replacing Chase Broadie. This was Chase’s last show with the band as a send-off he joined the band for the finals numbers together they form a coherent whole with a very professional sound and look. Live performance is this bands strength and though the videos are cool and quirky they don’t portray the raw intense energy that is delivered in spades.

The current single “Don’t you forget about me” is an easy breezy tune much like a summers day and a fan favorite but the highlight of the evening was a previously released single “Rock and Roll is Dead” along with a Rolling Stones Cover. If you get a chance to catch this band live don’t hesitate, catch them before they reach meteoric heights.

May 25
The Northern, Byron Bay