actors and entertainers Craig Ingham filming I by Caroline Russo | on November 1, 2013 | 0 comments | in Interviews | Like it 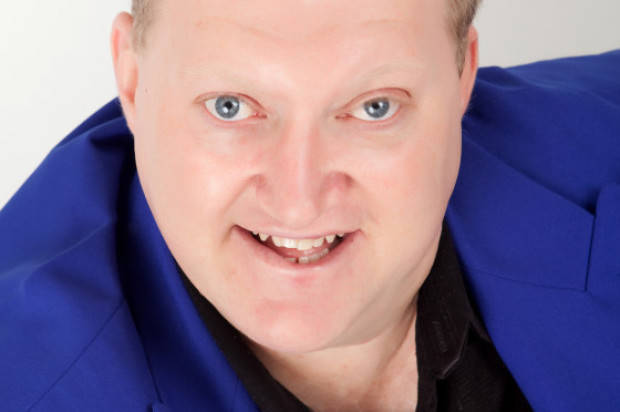 In Conversation With Craig Ingham.
As a man Craig Ingham is definitely a unique character and his new role in a satirical short film is no exception. In an exclusive interview with Hush Hush Biz, actor Craig Ingham discusses his diverse acting career and reveals an insight into the new mockumentary Welcome to the Lucky Country.

With experience in puppeteering, magic and ‘clowning around’ Ingham had an interesting start to his career as an entertainer. He spoke about his entering into the acting industry to be challenging. “Acting in this country unless your in the top two percent is hard. Eventually reality kicks in and you think ‘how am I going to pay my bills?’”

The Gold Coast actor has had roles in various television shows and films such as Phoenix Rising, the comedy Girl Clock! and the television series Slide. When asked which role was his favourite, Ingham let on about the upcoming film Beyond Redemption: Space Captain which is yet to be released. “It’s sort of a Sci-Fi alien movie and I play Consul Blatt – a Roman sex god in space.”

When asked about the research an actor must complete before playing a character, Ingham described it as a crucial element. “It is absolutely pivotal. It’s like a mechanic, you can’t fix a car without the proper tools.”

Welcome to the Lucky Country is a recent short film written and directed by Peter Hegedus which addresses the current and controversial topic of asylum seekers entering Australia. The film is shot like a game show where the hopeful ‘boat people’ will have to endure typical Australian tasks like playing cricket before becoming a citizen. “This is something I struggled with because I have an empathetic heart…They’re not really ‘boat people’, they’re people trying to get away from an oppression of a horrible regime.”

Ingham played the character Russel Smith who is a judge on the ‘show’ and is a stereotypical Aussie bloke. “Russel Smith, he’s an interesting Australian character who thinks that a meat pie is a meat pie and a VB is a VB.”
“Yes I play one of the nasty guys in Lucky Country, you need that light and shade to tell a good story. At the end of Lucky Country it’s got people thinking.”

As the topic is fresh in political discussion, Ingham hopes the film will raise awareness for the harsh conditions that asylum seekers endure. “I can’t speak for Peter Hegedus the director, but what I can say from my perspective is that we wanted to highlight this…we should stop and think for a few seconds. Whether you agree with this or whether you don’t agree with this, that’s not the issue, the issue is how the heck do we fix it?”

Hegedus, the writer and director of the film, is an award winning documentary maker and received a high accolade from Ingham. “He’s the most gifted, amazing, talented director you’ve ever wanted to meet. This guy is just so generous and he respects your talents.”

Not so far in the future Ingham looks forward to the release of films such as Australiens and Beyond Redemption: Space Captain.
Interview done by Blaze Edwards.