Luke McGregor joins The Weekly with Charlie Pickering, watching the news so you don’t have to!

Luke McGregor joins The Weekly with Charlie Pickering watching the news so you don’t have to! by Caroline Russo | on April 16, 2020 | 0 comments | in Entertainment | Like it 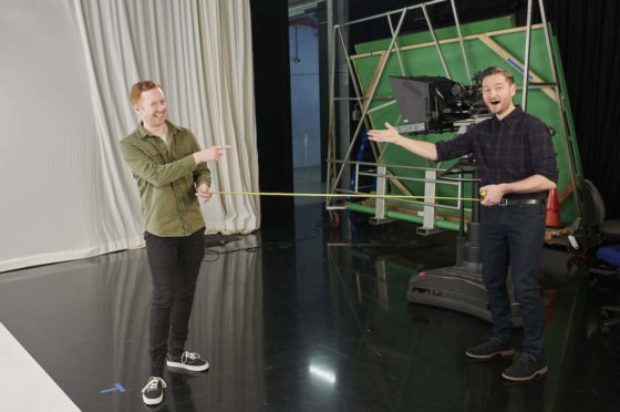 ABC is pleased to announce The Weekly with Charlie Pickering is back from April 29, locked down inside the ABC’s sanitised bubble and holding your well-washed and hopefully gloved hand through the next 14 weeks of the End Times.

Joining The Weekly this season is Tasmania’s own Luke McGregor, who has finally found a use for his Economics degree. With the economy falling apart, no one is better placed to guide us through these anxious times than a deeply anxious comedian with an enduring passion for graphs. Prepare to watch an adult man apologise to a virus while willing a curve to flatten.

Luke McGregor said, “I’m really excited to join The Weekly team. One, because I’m a fan of the show; and two, because I’m at home self-isolating with nothing to do and this gives me a reason to shower.”

Luke isn’t the only one keeping Australia laughing in season six of The Weekly. Historic times call for a cast of historic proportions. Joining Charlie will be Judith Lucy, Gold Logie winner Tom Gleeson, Adam Briggs and a phalanx of Australia’s funniest to laugh right up in adversity’s face.

In a world that makes no sense, you might as well turn to the team at The Weekly with Charlie Pickering Wednesday 29 April at 8:30pm on ABC and iview.