Australia lunchmoney lewis Sony Music Australia by Caroline Russo | on October 20, 2015 | 0 comments | in Music | Like it 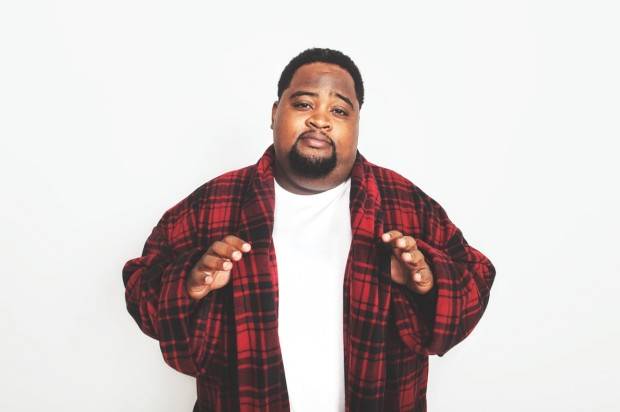 ‘WHIP IT!’ FT. CHLOE ANGELIDES
OUT NOW ON KEMOSABE/COLUMBIA RECORDS

Miami-born, LA-based singer and songwriter LunchMoney Lewis is set to visit Australia next week in support of his new single ‘Whip It!’, out now on Kemosabe/Columbia Records through Sony Music Entertainment Australia.

LunchMoney will be in Sydney from Monday October 26th, and will be performing both ‘Bills’ and ‘Whip It!’ on the X Factor next Tuesday October 27th, appearing on Sunrise on Wednesday October 28th, and then making his only public appearance on Thursday October 29th at an in store at Westfield Mount Druitt at 5:30pm.

‘Whip It!’ is certified gold in Australia and includes vocals by Chloe Angelides and is produced by Dr. Luke, Cirkut and Space Primates for Prescription Songs. ‘Whip It!’ is the follow-up single to Lewis’ breakout debut single Bills, which spent 2 weeks atop the ARIA Singles Chart and is certified 2 x platinum in Australia.

About LunchMoney Lewis:
Born Gamal Lewis, the Miami native comes by his love for soul and hip-hop authentically. Lunch was raised in a musical family of Jamaican descent and grew up listening to reggae and Motown, as well as to James Brown, Marvin Gaye, Prince, and The O’Jays. His father Ian and his uncle Roger were founding members of the legendary reggae band Inner Circle, who scored a Top 10 hit with ‘Bad Boys’ when it became the theme song to the TV show Cops. Lunch received his first big opportunity and nickname in the tenth grade, while working with hip-hop producer Salaam Remi.

Eventually Lunch’s talent led him to write for Meek Mill (‘Off The Corner’ featuring Rick Ross), Ace Hood (‘We Don’t’), and P. Diddy (‘Big Homie’ featuring Rick Ross). He also put out a few singles and a mixtape that were local hits in Miami before a mutual friend introduced him to JKash, who had just signed on with Dr. Luke’s Prescription Songs. The two collaborated on Juicy J’s ‘Scholarship’ before Lunch made the move to L.A. last year and joined JKash at Prescription Songs as a writer.

Lunch soon found himself writing for Nicki Minaj (The Pinkprint’s ‘Trini Dem Girls,’ which Lunch is also featured on), as well as for Fifth Harmony (the gold-certified ‘Bo$$’) and Jessie J (‘Burnin’ Up’ featuring 2 Chainz) with Ricky Reed. In person, Lunch is a mountain of a guy who radiates not so much a child-like vibe, but a genuine sincerity and positivity that is hard to resist. That uplifting spirit comes through both lyrically and sonically in the music Lunch has created with his primary collaborators, songwriter Jacob Kasher (AKA JKash) and producer Ricky Reed (Wallpaper), for veteran hitmaker Dr. Luke’s Kemosabe Records.

LunchMoney Lewis is set to release his debut album later this year.