macbeth Michael Attenborough playhouse by Caroline Russo | on March 29, 2014 | 0 comments | in Theatre | Like it 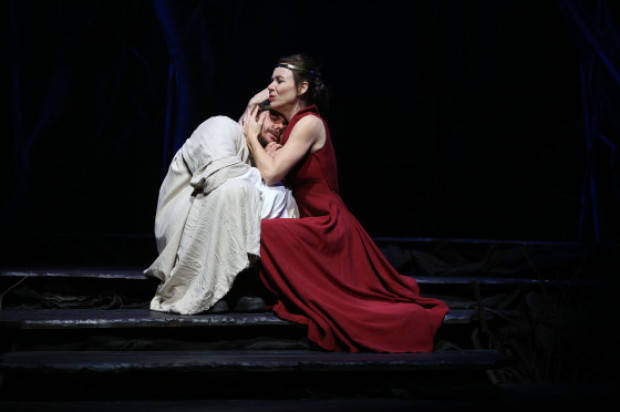 Macbeth at QPAC: World-Class Insanity
Hush Hush Biz was able to get up-close and personal with Honourable English Director Michael Attenborough (CBE) and cast members of Queensland Theatre Company’s Macbeth on Thursday afternoon with an exclusive invite only media call at The Playhouse – QPAC.
Macbeth opened last night with an impressive crowd who were on their feet applauding at the end, thanks to the amazing cast and director that put on a truly captivating show.
“This is a Macbeth that must be seen…” Michael Attenborough

The story of Macbeth is basically the original game of thrones, Macbeth (Jason Klarwein) is a general in the army who is seduced by 3 witches who prophesise that he will become king. Spurred on by his ambitious wife, Lady Macbeth (Veronica Neave) he murders the monarch and seizes the crown. Macbeth becomes plagued by paranoia and the warlord and his wife mentally unravel as their tyrannised subjects raise a rebellion against them creating a civil war.
Renowned and honourable English theatre director Michael Attenborough says “Macbeth is undoubtedly the most extraordinary writing genius the world would probably ever see “he continued to say [Shakespeare] is a man who understood that, above all else, human nature consists of the unity of opposites; contradictory, antithetical, paradoxical – as the witches observe in the opening of Macbeth “fair is foul and foul is fair” 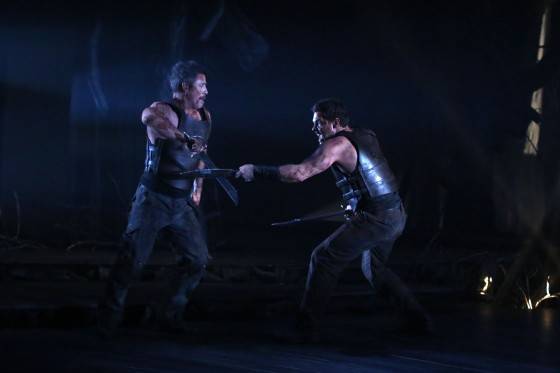 The eponymous heroes in Shakespeare’s arguably finest plays wrestled with their inner demons, their capacity for love perpetually in conflict with their need to destroy in order to attain what they so badly desired. Macbeth, in possession of a gorgeously bruised and vivid imagination, goes on a roller coaster journey that takes him to the very edge of sanity” Attenborough said.
Macbeth marked Attenborough’s Australian Debut which was only possible because of the Queensland government’s Super Star Fund. The fund is a $3M commitment over 4 years, aiming to increase QLD’s reputation as an Arts and Cultural hub by cultivating the local talent. As a result QTC’s and Grin and Tonic’s production of Macbeth gives Queensland audiences the experience of seeing a world-class production of this much loved play. The collaboration of the well-known theatre companies marks a milestone for the industry – putting the best of the best together. 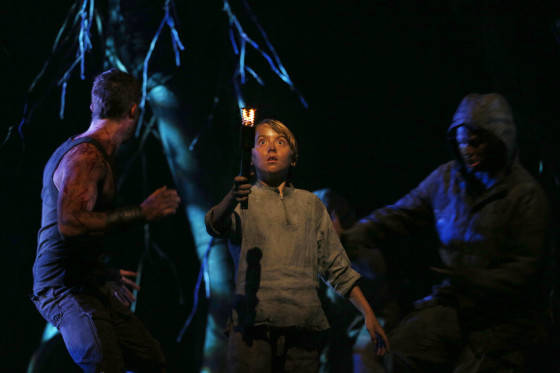 Earlier in the day I got the opportunity to chat with the youngest cast members Jai Bofinger and Felix Star (a name perfect for the stage) who were chosen from 300 other applicants who auditioned for the role of Fleance/Son of MacDuff. The boys blew me away with their dedication and previous theatre experiences. Both from artistic families the young pair are well deserving of such a show and are inspiring for future generation of Queensland theatre. The boys appear on alternating nights.
The death of Macbeth is a shocking and unforgettable scene; I recommend it to everyone to see it for themselves!
Macbeth is showing at The Playhouse – QPAC until April 14.
Tickets can be brought online for $33-$80 (+ Booking Fee) with concession, groups and U30 prices available from queenslandtheatre.com.au or by calling 136 246.
Story done by Elizabeth Palmer