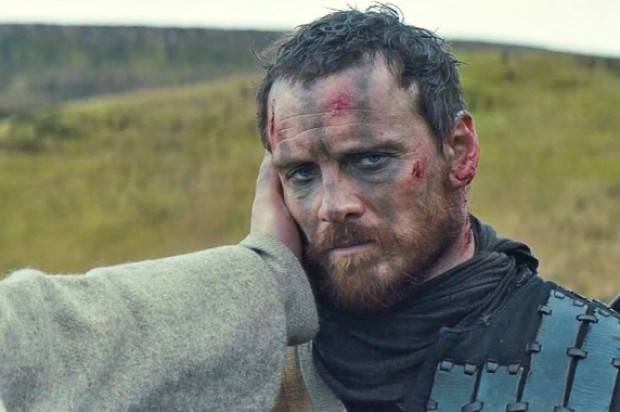 Whilst there is no denying how dark, haunting and imposing Justin Kurzel’s take on ‘Macbeth’ is, as well as how brilliant the performances from leads Michael Fassbender and Marion Cottilard are, there’s a certain underwhelming feel to this Shakespearean adaptation that’s saturated a little too much in gloom and only sporadically illuminated by its hellfire.

Though the blackness of the story and its characters is expected given the material – and is perhaps one of the reasons this tale hasn’t been so frequently treated by cinema – this world of mass murder and tyranny is controlled with such a visceral hand that its brilliance is overshadowed by its technical dejection. Set in 11th century Scotland when war ran rampant, Macbeth (Fassbender), a duke under the king (David Thewlis), receives a visit from three witches who bring with them visions of his impending rule of the kingdom. Spurred on by his unwavering wife Lady Macbeth (Cotillard), he takes the kings life and claims the throne as his own, all the while descending gradually into madness from the violent acts he has performed.

Unflinching in its brutality, ‘Macbeth’ is indeed a faithful working of Shakespeare’s classic (even the dialogue is performed verbatim) but there’s such a simplistic tone wavering under the surface that overblown, grungy visuals can’t mask for its entirety. Kurzel should be commended on his visual competency though, and he knows how to evoke commanding performances from his cast with Fassbender and Cotillard both superb; the former suitably underplaying the grandiose of his role, saving it from slipping into overt-theatricality, and the latter easily straddling the lines of temptress and lady of sorrow. Equally as good is Sean Harris as Macduff, a loyal official to the king who suspects foul play on Macbeth’s behalf, and inadvertently invites death to his own door.

I imagine Shakespeare purists will be immensely satisfied with what Kurzel has created, and perhaps the savageness of this interpretation threw me slightly off balance, but on a canvas that has painted itself a little too black to connect with a universal audience, the strongest colours are sadly unable to break through entirely.