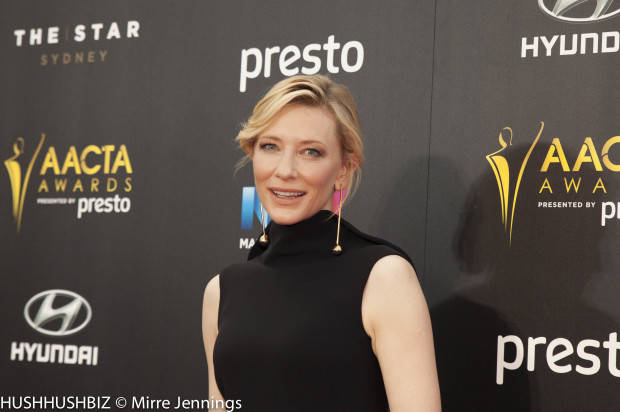 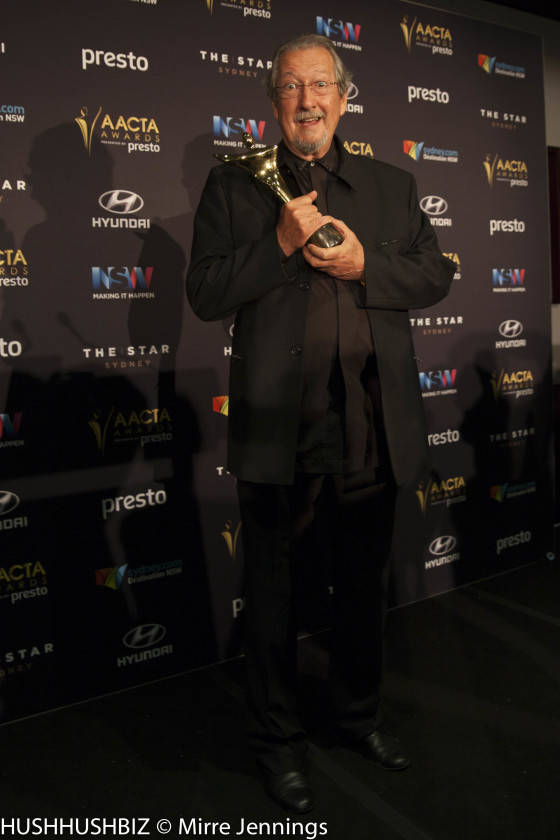 Among the show highlights was the presentation of Australia’s highest screen accolade, the AACTA Longford Lyell Award, to performer Cate Blanchett, who received tributes from some of the world’s biggest names in film, including Martin Scorsese, Alejandro González Iñárritu, Robert Redford, Ridley Scott and Ron Howard.

The show’s musical acts were outstanding, with Justice Crew featuring in the show opener, and performances by Birds of Tokyo, Rudimental and this year’s winner of THE X FACTOR, Cyrus. 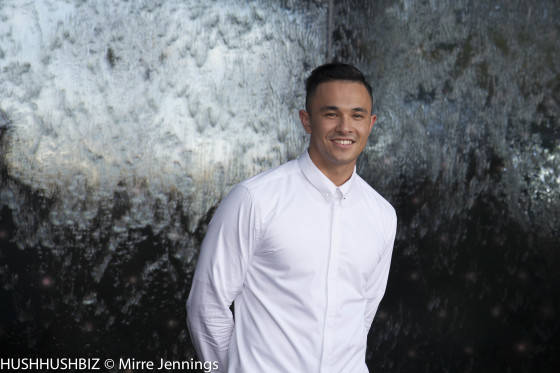 FILM AWARDS
In a record-breaking year for Australian films at the local box office, taking more than $85 million to date, anticipation was great regarding which films would take Australia’s top screen accolades at the 5th AACTA Awards Ceremony presented by Presto in Sydney. 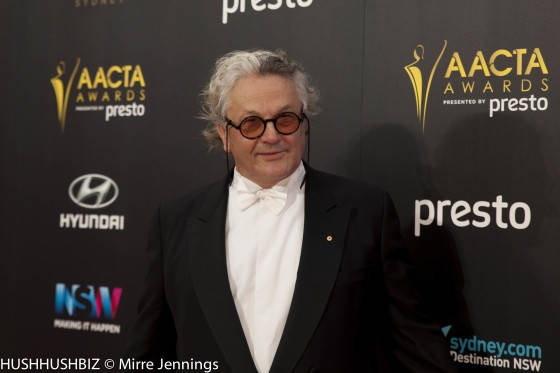 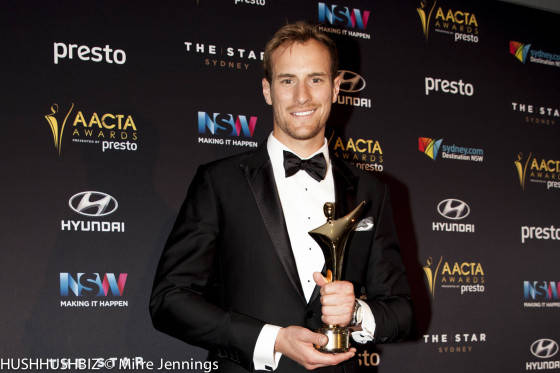 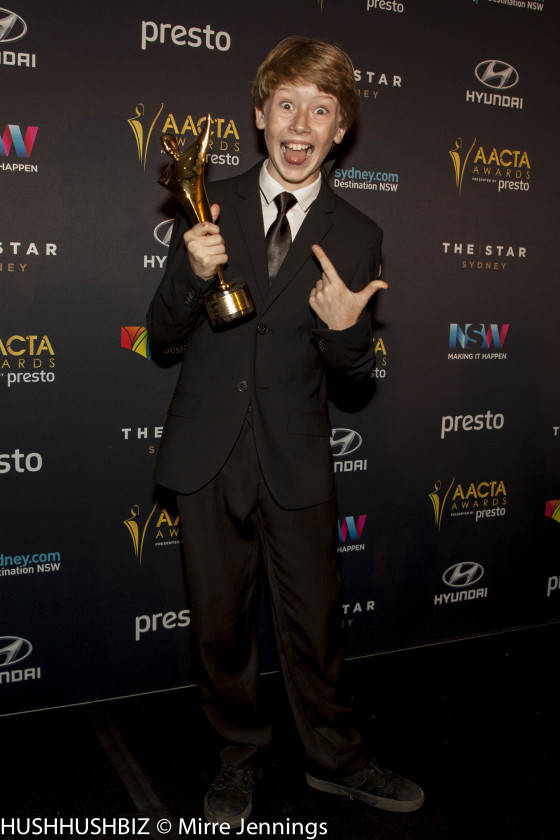 Joel Jackson’s captivating performance as Peter Allen earned him the AACTA Award for Best Lead Actor in a Television Drama, firmly cementing Jackson as an Australian actor on the rise, following two AACTA Award nominations this year from just three on-screen acting credits at this, the beginning of his career.
The AACTA Award for Best Lead Actress in a Television Drama went to Pamela Rabe for her chilling performance as Joan ‘The Freak’ Ferguson on WENTWORTH SERIES 3 (FOXTEL – SoHo).

The ABC’s debut supernatural drama, GLITCH, received the AACTA Award for Best Television Drama Series for multi-AFI and AACTA Award winner, Tony Ayres, along with first-time winners, Louise Fox and Ewan Burnett.
From its third consecutive nomination, SHAUN MICALLEF’S MAD AS HELL (ABC) earned its first AACTA Award for Best Television Comedy Series tonight, awarded to Shaun Micallef (who was previously awarded for Best Performance in a Television Comedy for his role in this production) and executive producer Peter Beck.
The AACTA Award for Best Reality Television Series was hotly contested this year. Tonight Network Ten’s MASTERCHEF AUSTRALIA took home the Award for the second time in four years, staving off strong competition from the Nine Network’s THE VOICE AUSTRALIA (4th AACTA Award winner), Network Seven’s MY KITCHEN RULES 6 and THE X FACTOR (both past nominees), and first-time nominee in this category REAL HOUSEWIVES OF MELBOURNE SEASON 2 (FOXTEL – Arena). The Award went to MASTERCHEF AUSTRALIA’s Margaret Bashfield, Marty Benson, Tim Toni and Rob Wallace.
Following its recently announced partnership with the Australian Subscription Television and Radio Association (ASTRA), which will see AACTA extend its subscription television Awards as of next year, AACTA tonight announced the winner of its special one-off AACTA Subscription Television 20th Anniversary Award for Best Drama, as judged by a select group of television writers and critics. Perennial favourite LOVE MY WAY took the Award over other past AFI and AACTA Award winners and nominees, DEVIL’S PLAYGROUND, TOP OF THE LAKE and WENTWORTH.
OUTSTANDING INDIVIDUAL AWARDS
AACTA Longford Lyell Award
A highlight of the show was the presentation of Australia’s highest screen accolade, the AACTA Longford Lyell Award, this year presented to five-time AFI or AACTA Award winner, Cate Blanchett.
Among Blanchett’s many screen awards, which total more than 130 accolades from around the world, her Oscar, BAFTA and Golden Globe award-winning work includes performances in BLUE JASMINE and THE AVIATOR. 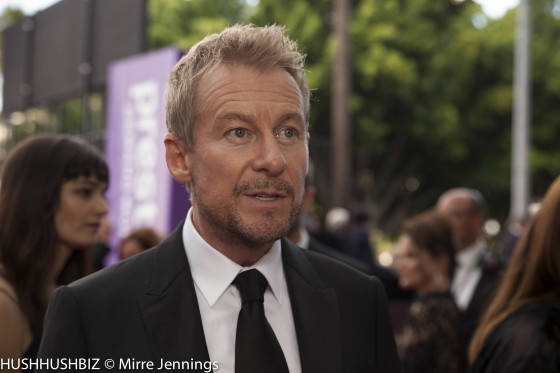 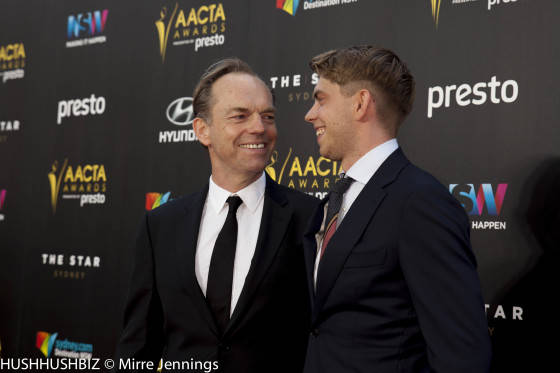 Tonight’s Ceremony saw Richard Roxburgh and Hugo Weaving, both of whom have performed with Blanchett on screen and stage, present Blanchett with her Award, with a touching tribute from Gillian Armstrong, who directed Blanchett at the beginning of her career in OSCAR AND LUCINDA.
Attesting to Blanchett’s brilliance as one of the world’s leading and most in-demand performers, filmed tributes were received from screen luminaries including Martin Scorsese, Alejandro González Iñárritu, Robert Redford, Bruce Beresford, Ron Howard, Todd Haynes, Sam Raimi and Ridley Scott.
Byron Kennedy Award
Cinematographer Adam Arkapaw was tonight announced as the recipient of the Byron Kennedy Award, which includes a $10,000 prize, for outstanding creative enterprise within the film and television industries.
The Byron Kennedy Award is determined by a jury annually and is given to an individual or organisation whose work embodies innovation and the relentless pursuit of excellence.
Arkapaw has received acclaim and accolades across short films, commercials, television and feature films. His body of work includes hard-hitting local feature films ANIMAL KINGDOM, SNOWTOWN and
 
LORE, as well as the haunting television mystery series TOP OF THE LAKE and TRUE DETECTIVE, which earned him two Primetime Emmy Awards for Outstanding Cinematography.
Most recently, Arkapaw re-teamed with SNOWTOWN director Justin Kurzel to shoot MACBETH, and the pair is currently working together on the feature film adaptation of the video game ASSASSIN’S CREED.
The Byron Kennedy Award jury said: “We have chosen Adam Arkapaw for his pursuit of excellence in cinematography. His work, already acknowledged as virtuosic and innovative, is always in the service of the story.”
AFI | AACTA CEO Damian Trewhella said:
“Tonight’s Awards recognise the outstanding achievements of practitioners and performers whose skill,
passion and commitment continues to put Australia on the world map for film and television excellence.
“The AACTA Awards play an important role in promoting this talent to our international industry peers as well as audiences here and at home, and tonight’s results will drive sales for awarded productions and see exciting new chapters in the careers of Award recipients. Especially the young performers awarded tonight, whose recognition will open new doors internationally as we have seen so many times over the years.
“Of course some of Australia’s biggest names in film were also awarded tonight, and in particular, on behalf of the Australian Academy, I congratulate Cate Blanchett on receiving our nation’s highest screen accolade, as her success and achievements continue to amass around the world.

“Screen is such a powerful medium for sharing Australian stories and creativity, and once again we are delighted to see a diverse slate of Australian stories, people and performances awarded across all genres including reality TV and documentaries through to dramas, comedies and feature films throughout this season of the 5th AACTA Awards presented by Presto in Sydney.”
NSW Deputy Premier and Minister for the Arts, Troy Grant said, “As the hub for screen production in Australia, the NSW Government is proud to have secured Sydney as the home of the AACTA Awards and to support this important cultural industry. The exceptional talent and success of the Australian film and television industry was on show in Sydney this evening and I congratulate each of the winners recognised at the 5th AACTA Awards.”
The AACTA Awards are proudly supported by the New South Wales Government through its tourism and major events agency, Destination NSW.