live events brisbane Queensland Symphony Orchestra by Caroline Russo | on February 25, 2021 | 0 comments | in Entertainment | Like it 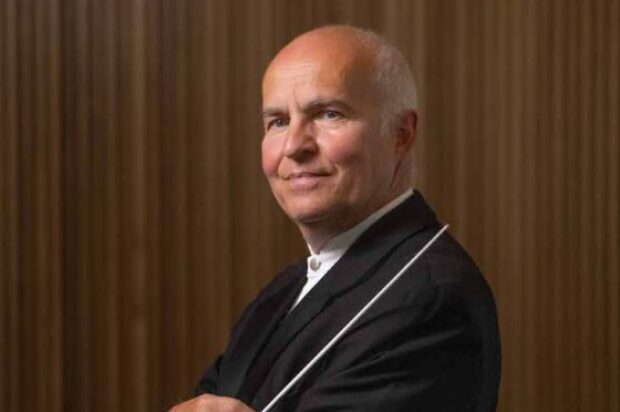 Johannes Fritzsch, one of Australia’s leading international conductors, has been named Queensland Symphony Orchestra’s new Principal Conductor and Artistic Adviser; it is a very welcome return for the world-class Maestro.
Images here: https://www.dropbox.com/sh/r1kehtg84yzsn51/AADe9Stcw9hXa0bmqvuhMC2pa?dl=0

“The appointment of Maestro Fritzsch as QSO’s new Principal Conductor and Artistic Adviser extends until 2023, and we are thrilled and honoured that he has agreed to return to the fold to provide the orchestra with outstanding and unequalled artistic leadership,” said QSO Chair Mr Chris Freeman.

“Maestro Fritzsch remains integral to the Queensland Symphony Orchestra,” he said. “He is one of the great musical leaders, a conductor we can credit with building the QSO into the world class orchestra it is today, one that is spoken of in concert halls everywhere for its musicality and integrity. It is indeed a coup for the QSO and all our subscribers and music lovers to have Maestro Fritzsch own the baton as Principal Conductor.”

German-born, Australian-based Maestro Fritzsch is a loved and respected figure within the Queensland Symphony Orchestra (QSO) family. He made his mark as an orchestra-builder, joining the company during a time of rapid artistic growth under his direction as Chief Conductor – a role he held from 2008 to 2014. Since 2015, Maestro Fritzsch has been the QSO’s Conductor Laureate.

“I feel honoured and excited to take the helm of the Queensland Symphony Orchestra again – an ensemble I got to know intimately during my time as Chief Conductor. I enjoy working with this outstanding group of musicians so much; I am looking forward to some great years of collaboration with the players, the Management and Board,” said Maestro Fritzsch.

It is expected that a Chief Conductor will be announced during the 2023 year.

Johannes Fritzsch has enjoyed a long and rewarding career both in his homeland (he completed his musical education in Dresden, near his birthplace of Meissen) and throughout Europe and Asia. He has given many notable performances of his heartland repertoire – especially the works of Strauss, Mahler and Wagner.

Since 2018 Johannes has held the position of Principal Guest Conductor of the Tasmanian Symphony Orchestra. In 2017 the TSO invited him to design and lead the newly founded Australian Conducting Academy. In 2019 he joined the Queensland Conservatorium, Griffith University as Professor for Opera and Orchestral Studies.