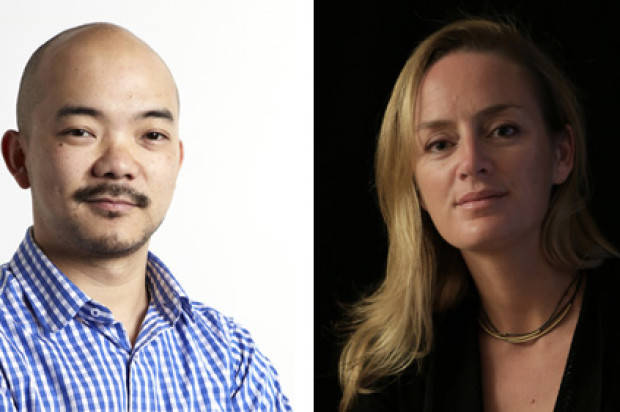 Aaron Seeto, current Director of the 4A Centre for Contemporary Asian Art, will take up the role of Curatorial Manager of Asian and Pacific Art. Geraldine Kirrihi Barlow, currently Senior Curator at Monash University Museum of Art, has been appointed Curatorial Manager of International Art.

‘These outstanding appointments anchor the curatorial team in the lead up to the opening of the 8th Asia Pacific Triennial of Contemporary Art (APT8) in November, and position us to boost the Gallery’s reputation for offering the highest quality experiences to our audiences,’ Mr Saines said.

‘Aaron’s contributions to conversations about contemporary Asian culture could not be more relevant to the APT. He will have much to contribute as we enter the exhibition series’ third decade.

‘Geraldine’s background in working with emerging and established artists from around the world will open new avenues for QAGOMA internationally.’

Aaron Seeto has been the Director of Sydney’s innovative 4A Centre for Contemporary Asian Art since 2007. His curatorial work focuses on the Asia-Pacific region and the impact and experience of migration and globalisation on contemporary art practice. He has developed significant projects and exhibitions with some of the key Asian artists working in Australia and internationally.

‘This is a rare opportunity to contribute to the development of a premier institution at an exciting point in its development,’ Mr Seeto said.

‘For the last decade my work has been based in independent organisations which has been extremely rewarding, but now I am eager to join the QAGOMA team, where the research and skills I have developed working with artists and communities will have further reach and will drive increased understanding of the art of the region.’

Geraldine Barlow joins QAGOMA from the Monash University Museum of Art (MUMA). She has also worked with the Australian Centre for Contemporary Art, the Melbourne International Festival of the Arts, the Melbourne International Biennial and Heide Museum of Modern Art. She curated the MUMA exhibition ‘Concrete’, which will be presented at Tophane-i Amire Culture and Arts Centre in Istanbul in September as part of a program commemorating the centenary of ANZAC.

‘I am thrilled to be joining QAGOMA, an institution renowned as deeply conscious of the art of Australia and the Asia Pacific,’ Ms Barlow said.

‘I share these interests and am excited to be working with the International Art team to bring the most compelling art from around the world into such a strong context. It’s a hugely exciting time to be joining QAGOMA, to be a part of a new curatorial leadership team and to work with colleagues who I have admired over many years.’