MAMMA MIA YOU WILL DANCE IN YOUR SEATS BRISBANE 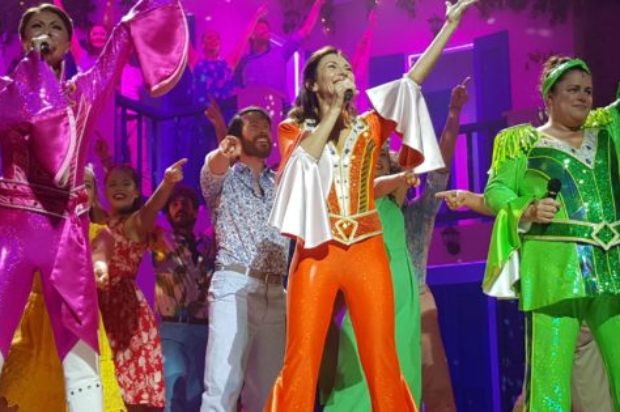 Last night 26th December Brisbane got excited for all attending the opening of Mamma Mia at QPAC’s Lyric Theatre that had a blue carpet arrival.

The production had a sold-out national premiere season in Canberra to the delight of the production company and producers.

For anyone that is a fan of the music that is a phenomena that is Abba, “or the film that was made in July of 2008” then you will definitely want to see the musical, and share with others as you feel like a parting afterwards.

Starring in this brand new Australian production is an amazingly talented cast lead by Natalie O’Donnell as mother-of-the-bride Donna Sheridan who’s voice is outstanding and paces herself in this demanding role with ease. Sarah Morrison as Donna’s daughter and bride-to-be Sophie is one talent that is on the rise more so for sure and is so gifted with her amazing voice.

Alicia Gardiner and Jayde Westaby star as Donna’s best friends Rosie and Tanya are adorable matched, and add some much of the sparkle to each act they perform in.
Add in the 3 unsuspecting fathers played by Ian Stenlake, Phillip Lowe and Josef Ber and you will get some added fun, especially towards character Harry played by Lowe as he does have some of the best lines in the mix and his character role. Sophie’s adoring fiancé Sky played by Stephen Mahy who is eye candy for all to see gives a fine performance in this musical fest. 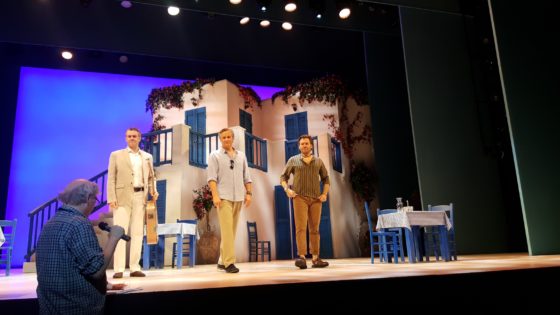 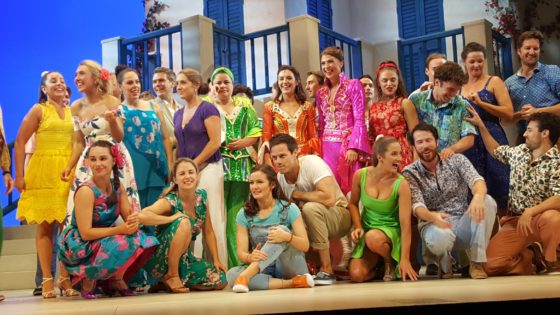 One of my favourite moments was the pre wedding party for both Sofie and Sky. It must be applauded to Choreographer Tom Hodgson. 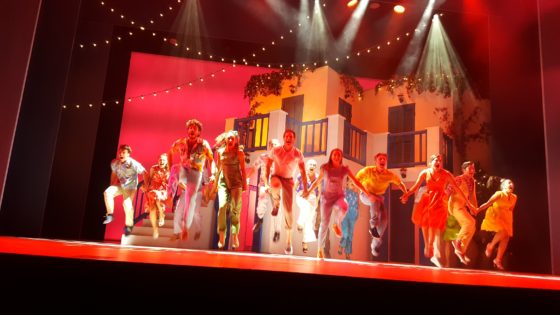 This is timeless music and a production show that is a celebration of that gives you an uplifting feeling.

Get your glitter out and bell bottoms and what ever makes you feel like a dancing queen and make a date with Mamma Mia where ever you are. 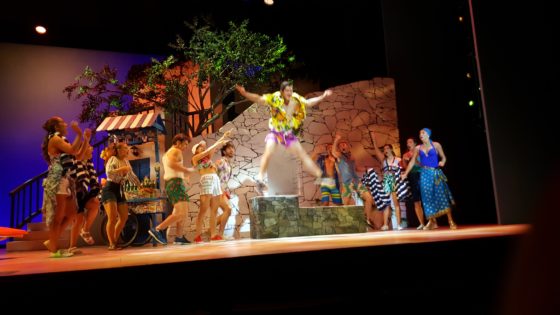